Real Madrid can lose David Alaba to Premier League side 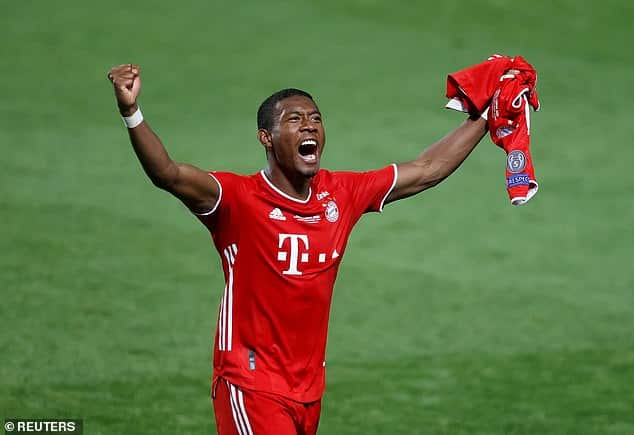 Real Madrid is not in the pole position to sign David Alaba.

According to the report by Diario AS, Real Madrid are not the front runner anymore. Last month it was reported that the Austrian left-back would join the Spanish side next summer. But the conversations between Madrid and Alaba’s agent, Pini Zahavi, aren’t as advanced as reported in Spain. Many big clubs are interested in signing the defender. As per the report, the 28-year-old left-back is considering a move to England to join Chelsea.

His contract with the German side will end in June 2021. Bayern CEO Karl-Heinz Rummenigge said to Sky Sports this week, “I am 99.9 percent sure Alaba will leave the club at the end of this season. We will part in a friendly way and I hope he can say goodbye to us with more titles.”

“He is fully committed to us and he is a nice guy that we all like. He deserves to be treated well until his last day at Bayern.”

“David can sign for the club he wants. I do not know if he will arrive at an agreement with Real Madrid, but it is a great club and I can understand that it is interesting for him.”