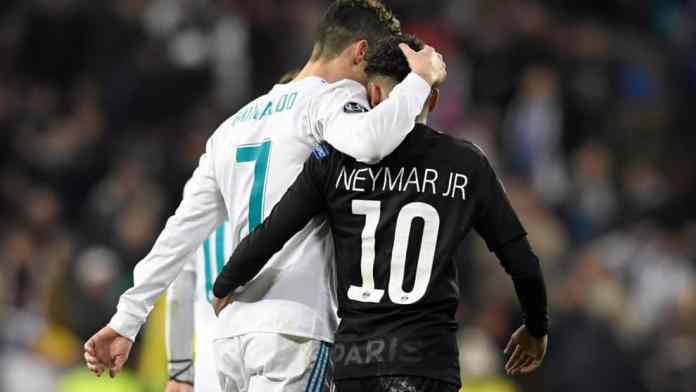 From the streets of Mogi Das Cruzes, Brazil, and Madeira, Portugal they have ruled the world with a football in their feet. One is Neymar Jr, and the other one is Cristiano Ronaldo.

Former Santos FC legend Lima first heard about Neymar when he was just 13 years old. He saw him play in a futsal game and he was amazed. He then informed the Santos FC youth team coach Zito about the potential of Neymar. The future was changed since then.

Neymar joined Santos Youth Academy in 2003. There he developed as one of the best players in the world. He was promoted to the first team in 2009. He made his international debut in 2010.

His skills, vision, passing, and most importantly, the ability of scoring goals make him one of the best players of the recent generation.

On the same day, in 1985, a legend was born in Madeira, Portugal. He was the fourth and youngest child of his parents. The boy from Madeira has all affection for football since his childhood. He fights with all the odds to play football. He even fought against his teacher, who told him to stay out of football.

In 1997, he went for a 3 days trial with Sporting CP. He then joined the Sporting CP youth academy. But one year later he was diagnosed with racing heart disease, a condition that could have forced him to give up playing football. He was forced to undergo heart surgery. He had a great determination to be back in the field, and he did that quite efficiently.

Cristiano Ronaldo is arguably the best player in history. He has won the Ballon d’Or 5 times in his career. He won the FIFA Best Player Award two times as well. He was part of FIFA FIFPro World XI for a record 14 times.

He has become 36 years old today. But he is still in an excellent form and breaking records continuously. He is confident to play for some more years and is ageing like old wine.