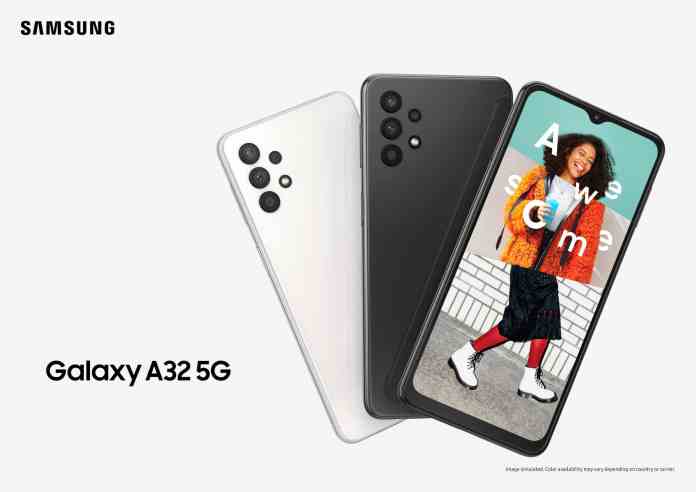 The Samsung Galaxy A32 5G is powered by the MediaTek Dimensity 720, a budget 5G chipset (no information about the Android version used in it). This phone features a 6.5-inch HD+ Infinity-V display having a waterdrop notch. This phone has a side-mounted fingerprint scanner.

The MediaTek SoC of this phone is paired with 8GB of RAM and 128GB of internal storage. Coming to its camera section, this phone offers a quad rear camera setup that includes a 48MP f/1.8 primary sensor along with an 8MP f/2.2 ultra-wide sensor, a 5MP f/2.4 macro, and a 2MP f/2.4 depth sensor. For selfies, this phone flaunts a 13MP selfie snapper at the front.

The Galaxy A32 5G is fueled up by a big 5,000mAH battery with 15W of fast charging. For an excellent multimedia experience, this phone is equipped with Dolby Atmos Surround sound. This phone is available in four different color variants: Awesome Black, Awesome Blue, Awesome Violet, and Awesome White.