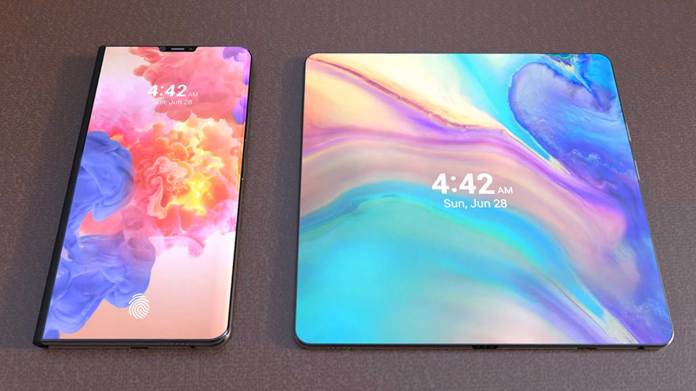 Foldable phones have now been a common factor nowadays as most of the established smartphone manufacturers have already introduced their foldable devices in the market. Samsung is a burning example of it. The South Korean tech giant has currently become the leading brand in the foldable mobile phone market with its flip and foldable phones. Recently, Google has filed patents of two folding screen mobile phones, expected to be the future foldable Pixel devices. These are basically the outline sketches of the future foldable phones from Google and earlier, there were some reports from Android which revealed that Google is currently working on its folding-screen phones, probably, Google’s own Pixel phones.

In terms of the first patent, it is showing an outward folding screen design where the internal hinge cross-section is similar to a trapezoid. For this design, the flexible screen will not be stretched or compressed. This patent design looks a bit similar to what we’ve seen in Huawei Mate X as when the screen is folded, the back of the phone fits perfectly.

Coming to the second one, it shows an inward folding screen design, similar to the Samsung devices. The outer side will still get appeared when the device is fully opened. Even if it is closed, it will have an extended hinge part.