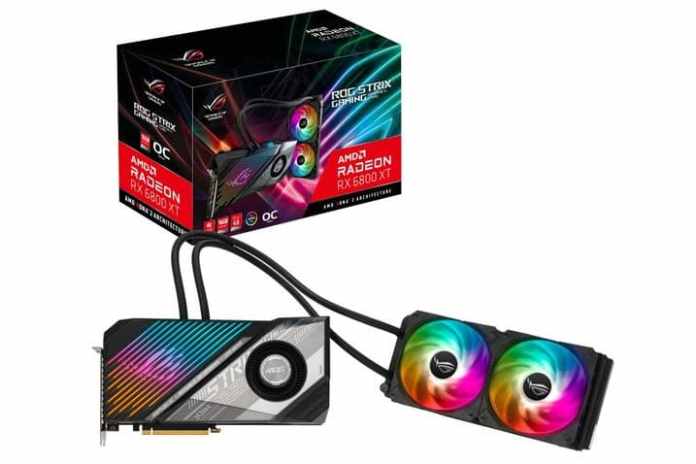 Asus Japan has recently launched four new AMD Radeon RX 6000 series GPUs with some fancy cooling solution. The exact pricing of these GPUs is also revealed as per PC Watch.

The Asus ROG-STRIX-LC-RX6800XT-O16G-GAMING GPU is essentially a custom water-cooled Radeon RX 6800 XT with RGB lighting. The estimated retail price is around 131,000 yen (excluding tax) in Japan or $1245.

Indeed these custom AMD Radeon RX 6000 series GPUs have made their way into Japan, but the availability of them remains to be the main concern here.