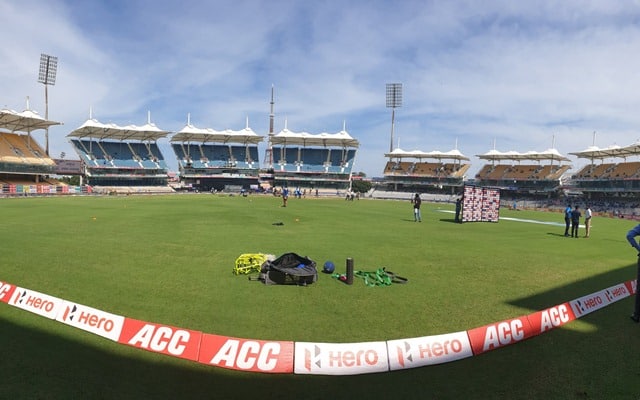 Tamil Nadu Cricket Association (TNCA) is all set to appeal to the Board of Control for Cricket in India (BCCI) on Monday for allowing 50 percent of the crowd for the second Test between India and England.

A senior official from TNCA stated that the secretary RS Ramasaamy will approach BCCI on Monday and only then they will come to a decision and so far no such talks have happened, “See the new regulations allow for 50 per cent fans, so we are going to speak to the BCCI through our secretary and a decision will be reached only after that. But yes, for now, let’s wait and watch till tomorrow,” the official said.

After asking about the crowd number, the official stated that the Tamil Nadu government allows only 50 percent of the capacity so that will be it, “If we do get the go-ahead, it will only be 50 percent as per the order of the TN government. But a lot will also depend on the BCCI and the ECB. So, we will get an idea tomorrow,” the official also pointed.

Earlier, TNCA informed its members that there would be no tickets on sale for the first two Tests of India vs England at the MA Chidambaram Stadium, as both the games will be played closed doors.

In the circular acquired by ANI, The TNCA secretary RS Ramasaamy had apprised the members that the decision has been taken keeping in mind the current situation of the COVID-19 pandemic.

“In view of the prevailing Covid-19 pandemic, BCCI has decided not to take any kind of risk with the safety of the players during the forthcoming India-England Test series. The players, officials will be undergoing strict quarantine and several rounds of COVID-19 tests before entering the bio-bubble. As per BCCI directive, the first two Tests between February 5-17 being held at MA Chidambaram Stadium will take place behind closed doors,” he wrote.

Both the first and second Test of India vs England will be played at the MA Chidambaram Stadium, Chennai, and the first Test will start from 5th February and the second from 13th February.