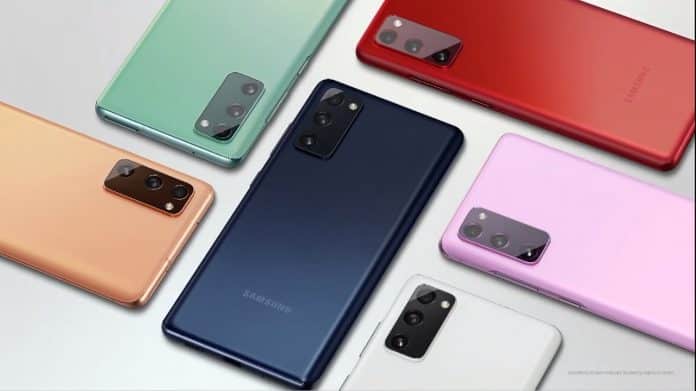 Samsung had launched its Samsung Galaxy S20 Fan Edition back in October 2019 with a model number SM-G780. That model launched by Samsung was a 4G variant for India, powered by the Exynos 990 chipset. Recently, a new Samsung phone with model number SM-G781B/DS got approved by the Bureau of Indian Standards (BIS) certification website, and the same device has appeared on Samsung India’s website. The reports are telling that this could be the 5G version of the Samsung Galaxy S20 Fan Edition.

We can see the difference in terms of chipsets as well, like in India this phone has a very lower chance to be powered by the Snapdragon 865 chipset (expected to be Exynos 990) whereas, in some other markets like the U.S, there will be the support of SD 865 processor (5G ready). If we consider Samsung’s history, the South Korean giant often skips Snapdragon chipset versions of its high-end phones in India. So, the possibility becomes even lower. But in terms of other specs, there will be no difference at all. Only the chipset section will differ.

This smartphone features a 6.5-inch Super AMOLED FHD+ display with a 120Hz refresh rate to provide a smooth scrolling experience. Considering the screen size, the FE edition lies between the Galaxy S20 and Galaxy S20 Plus. Other than that, the screen is flat compared to the other models. Samsung is offering six color options – Red, Navy, Lavender, Mint, White, and Orange.

Besides all these, the Galaxy S20 FE is powered by the flagship Snapdragon 865 processor, same as other S20 devices, coupled with up to 8GB of RAM and 128GB or 265GB of internal storage. Coming to the camera, on the rear side, users will get a triple camera setup having a 12MP Ultra Wide lens with f/2.2 aperture, a 12MP Wide camera of f/1.8 aperture, and an 8MP Telephoto sensor with f/2.4 aperture. In the front, there is a 32MP camera for selfies.

Along with all of these specs, the Galaxy S20 FE is packed with a 4,500mAh battery, wireless charging and reverse charging facility, 25W fast charging support, IP68 rating, memory expandability of up to 1TB, and so on.

Previous article
When will all the Telecom Companies announce 5G plans in India?
Next article
NVIDIA’s upcoming Ampere based GA106 GPU leaked