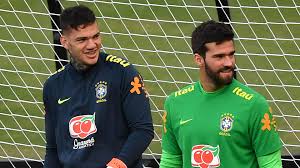 Brazil can start a club versus country brawl by calling up all of their Premier League stars for upcoming World Cup qualifiers.

The South American World Cup Qualifiers will be taken place in March. Brazil will take on Argentina as well. This will require the players to quarantine for at least five days. The Governing body is yet to decide whether the rules will be applied or not.

If the rule is applied then it will affect the Premier League teams in their title race. It will mostly affect Liverpool and Manchester City. Both the teams have so many Brazilian in their team.

The rule is a club must release a player if he is called up for duty by his country. But in September, FIFA announced that clubs would not be obliged to do so for the rest of the year if travelling because of COVID 19 pandemic. FIFA is now under huge pressure by international federations as they bid to ensure they remain at full strength for World Cup games.

Sources close to Brazilian federation say they believed that the clubs would allow their players to join in the national duty. It will not be any concern about calling up the likes of Alisson, Roberto Firmino, Fabinho, Fernandinho, Ederson and Gabriel Jesus.

If the players leave in National Duty, then they are not set to return until April 1 at the earliest. After that, they need to be quarantined for 10 days. So, they will miss two rounds of Premier League action (April 3 and April 10), and the first leg of the Champions League quarter-final on April 6-7, and they would also be doubts for the return fixture on April 13-14.

The clubs are monitoring the situation and communicating to find a solution as soon as possible.