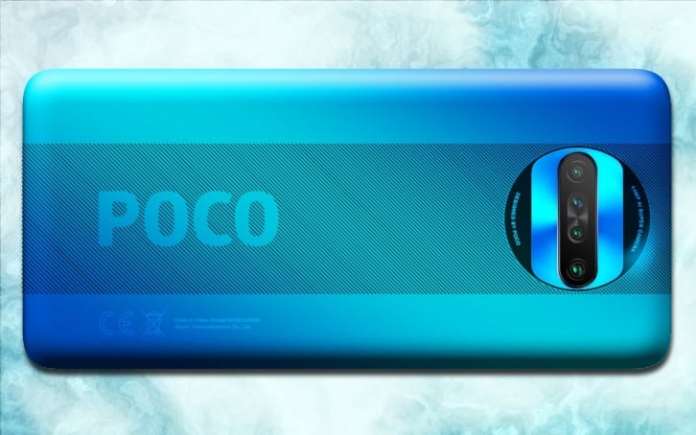 After becoming an independent brand, the very first smartphone POCO launched was Poco X2 in February 2020. Later in November, the company launched the successors of the Poco X2, the Poco X3 NFC, and the Poco X3. Now, almost after four months, a new device from POCO, the Poco X3 Pro has been certified by FCC. Apart from FCC, this phone has also got appeared on TUV, EEC, and IMDA, indicating an imminent global launch of the product. We Indians probably hearing regarding this Poco X3 smartphone the first time only. But, the Indian head of Poco had already teased this Poco X3 Pro back in few days.

As of now, the retail name of this phone has not been confirmed by the officials. So, it is expected to be the Poco X3 Pro with model number M2102J20SG. But recently, we’ve been confirmed that it will be the Poco X3 Pro, credit goes to the FCC certification website. On the other hand, another Poco device is heading towards the Indian market, an F-series smartphone from Poco, the Poco F2. Recently, it has been confirmed by Anuj Sharma, the Country Director of POCO India that the upcoming Poco F2 will not be powered by the Qualcomm Snapdragon 732 chipset.

There is not much we’ve been come to know about the Poco X3 Pro. As per some leaked reports and certifications, it will be a 4G enabled device including the support for dual-band WiFi, Bluetooth, NFC. This phone is said to be run the MIUI 12 operating system. But as per those recent certifications and announcements, it seems like Poco X3 Pro is all set for an imminent launch. The Poco X3 Pro is expected to be a powerful entry in the Poco’s X-series of smartphones. Whenever there is something, we’ll definitely keep you posted.