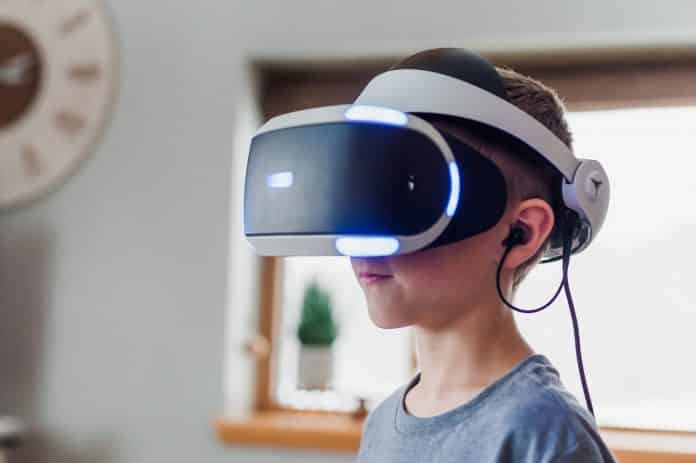 Sony’s PlayStation has made gaming much more exciting in recent years and it is always making some new inventions to transform the gaming experience each year. Now, a recent patent of PlayStation has caught everyone’s attention, so as per this patent the audience can participate in virtual reality content for gamers.

Though the patent was filed back in October of 2020 but was recently published and you can see the front page with a useful illustration of the technology in action on the US Patent and Trademark Office website. This is kind of a fiction movie thing which seems to be a reality and the prove is this patent.

Imagine gamers are in their VR content while the audience as well can participate in the same virtual reality but doing some other things. They could make decisions for the player via “spectator devices,” probably via their individual smartphones or VR headsets even.

We’ve already heard of PlayStation’s PlayLink technology that allows similar kind of thing in games with smartphones or controllers. As per the patent this interaction between players and gamers will “augment the VR scene based on the spectator inputs in response to the interactive content of the audience participation content.”

In the patent image you see that spectators are voting to give soup ladle to the gamer via like smartphone and making the gaming experience much more interactive. So, maybe in future there could be PlayStation live sessions where players can game in VR while spectators can interact with them in this “unique way” like what Twitch and YouTube does, however, in VR this time.