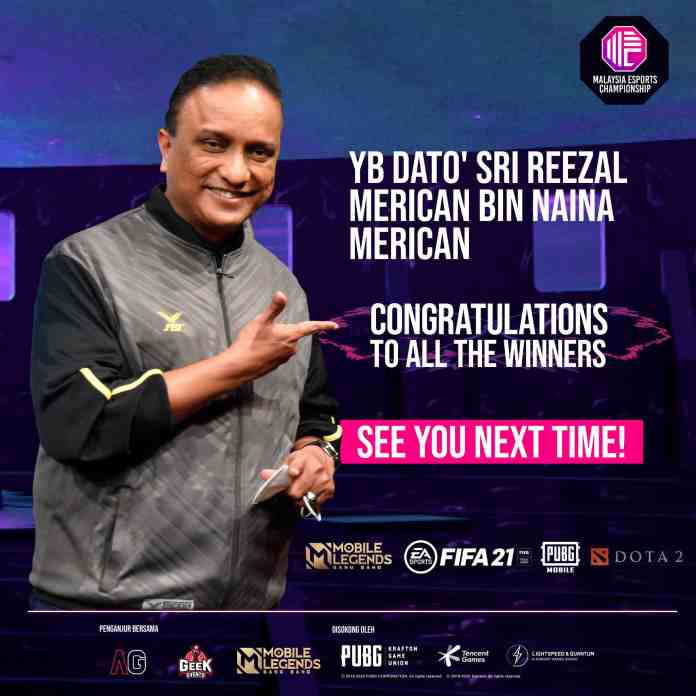 KUALA LUMPUR, 29 January to 31 January 2021 – The Malaysia Esports Championship (MEC 2020/2021) which launched on 21st December 2020 concluded last weekend, where local talents battled it out after several exciting rounds during the Qualifiers, PlayOffs and Grand Finals in the past weeks for a chance to win from a prize pool of RM100,000.

With registrations of 11,370 participants across the different categories and total 1.6 million viewers, MEC 2020/2021 is a testament to ESI’s ongoing efforts to drive growth and diversity in the local esports community and as platform to drive the local esports market industry.

MEC 2020/2021 is the first milestone in ESI’s developmental roadmap and it was aimed to promote and cultivate a sustainable esports community in Malaysia while creating ample opportunities for the youths to explore esports as a viable career.

The final rounds of the MEC 2020/2021 were held from 29th – 31st January 2021 and were available on livestream on ESI – Esports Integrated’s Facebook Page and Twitch Channel. During an exciting battle for the win on 31st January 2021, THEFARANG LEJUND and EZZY ESPORTS emerged victorious in PlayerUnknown’s Battleground (PUBG) and Mobile Legends: Bang Bang respectively. Through a collaboration with Tencent and Moonton, along with EZZY ESPORTS, finalists ACADEMY earned a seat slot into MPL Qualifiers for Mobile Legends: Bang Bang.

As for FIFA 21, XFLASHZZ-10 clinched the win, whereas ICECREAM 2022 took home the win after defeating DH-FANTASZE in a face-off in Dota 2 during the finals on 29th January 2021.

The success of MEC 2020/2021 was made possible together with Esports Integrated’s partners that include the Ministry of Youth and Sports (KBS), Alhamra Games and Geek Fam.

Onto the Finals of Malaysian Esports Championship (MEC 2020)