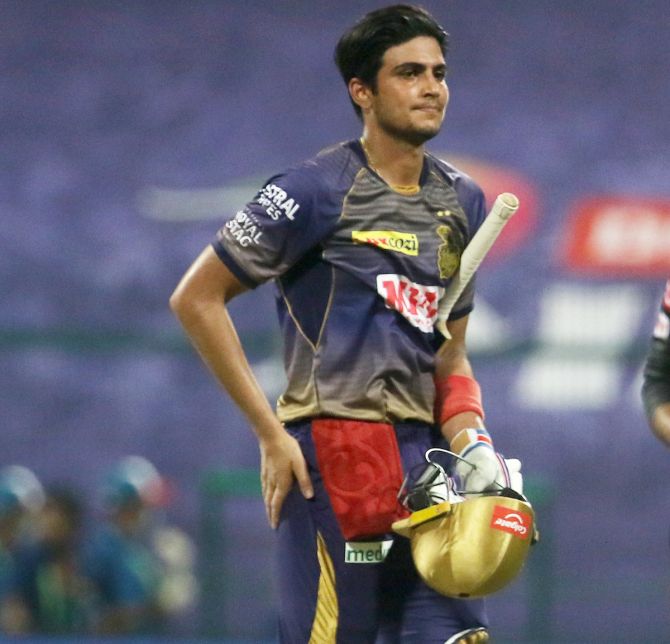 Youth prodigies and budding talents in sports have been a major success in certain sports over India’s past decade.

Let’s have a look at the young prodigies, who in the Indian sporting sphere strode far with much pace and are also projected to be the best in their respective field in the years to come, and definitely have a bright future ahead.

One of the most promising youngsters in the world of women’s cricket, and also a role model for many young girls in the years to come. Shafali was always supported by her family and was never discouraged, albeit she had to face the societal issues that came her way in her hometown, Rohtak. Still, she crossed all the hurdles to achieve her dreams finally.

She made her T20 debut in 2019 for India at the age of 15 years and 239 days, and her remarkable knock of 73 runs of 49 balls a few weeks later made her the youngest ever Indian to score a half-century in first-class cricket. She is a mixture of both, an established and experienced Indian batting top order, and it can be clearly seen that she holds a very bright future.

Among many young sensations to have made a breakthrough over the past year in the ISL and I-league, the 18-year-old, Thoiba Singh, from Manipur has also come to the forefront.

Last year he was signed by Odisha FC on a three-year contract and held the record of both the youngest player to make an appearance in an Indian football league at the age of 15 and being the youngest ever goalscorer in the AFC Cup. He was earlier associated with Minerva Punjab for two years before signing for Odisha FC, which definitely helped him hone his skills as a midfielder and look forward to the forthcoming years in the ISL with lots of hopes.

Also considered India’s best hope for a Gold Medal at the next Olympics, Saurabh Chaudhary, belonging to a small village near Meerut, and owes a lot of his success to his humble beginnings in that small village.

Growing up and training was difficult for him due to the dearth of space and facilities in his village, and he had to travel 15km one way to ensure his proper practice. His impressive track record at International shooting events in the past couple of years is evidence of him having a very blazing future.

Apart from being a Youth Olympic Gold Medallist, he is also a world record holder, an Asian Games Champion, and a consecutive multi-event champion in several ISSF World Cups. India has always dominated the competitive shooting events across the world. Saurabh is the perfect leader to ensure India’s dominance in the respective field and will lead India’s way to its next Olympic Gold Medal in the coming months.

Anshu Malik, the young wrestling talent from Nidani, Haryana has honed her skills from as Haryana is the conveyor belt of Indian wrestling stars, but not only this, wrestling for her is a genetic concept which runs in her blood. It all started with her father who decided to provide her proper training after she expressed her wish to learn the sport, and since then there has been no looking back for the 18-year-old.

She was the Junior Asia Champion and the gold medallist in the World and Asian Cadet Championships and takes her inspiration from Japanese wrestlers and champions such as Icho Kaori and tries to learn their skills their technique. Anshu definitely has a promising career ahead of her.

Wushu might not be in the everyday knowledge or very few people know about it, as Wushu is one of the sports that has been neglected from the mainstream sports in India, which has led to little or no attention for those who excel and win medals in it.

One such player is Roshibina Devi, the 18-year-old from the district Bishnupur, Manipur. She has bagged a bronze medal at the previous edition of the Asian Games in Jakarta. Two years later she continues to practice and work hard to persevere for other international events not just to achieve the accolades but also to put a name out there for a sport that has shown her a way of life.

Another teenage sensation, Lakshya Sen, who have been able to maintain his consistent performances at the International stage over the time, and has dominated various Asian Badminton tournaments such as the India International Championships and the 2018 Asian Junior Championships which he won as well. He is also a silver medallist at the Youth Olympics and over a short span of time defeated several top players in his age group.

He has 2 BWF tours and 7 BWF Challenges to his name also, held the first rank in the BWF World Junior rankings in 2017. His speed and reflexes came in handy through years of his training and hard work. Lakshy is definitely the one to watch out for in the future amongst the several teenage sensations in Indian sports.

Manu Bhaker, hailing from the Jhajjar district in Haryana, is called the ‘Jack’ of several sports including her excellence in Boxing, Tennis, and Skating and the ‘Master’ of one, shooting. She has defeated the top-ranked shooters at National and International events several times and has continued her fine performance since she began to participate in competitive shooting. She currently has total medals of 19 International medals with an individual haul of 17 Gold and 2 silver.

Even when training without a coach as a youngster, her self-belief and determination have brought her to where she is today. Keeping aside individual achievements apart, she is also a strong contender for a podium finish at the upcoming Olympic Games and is confident about it.

The 16-year-old prodigy from Uttar Pradesh is a two-time National record holder in the Under 15 category and has even improved in the Under 18 record through her jumps even after being two years younger.

Shaili Singh had to shift from her home in Uttar Pradesh at a very young age to get the proper training and the best possible advice from coaches who saw her potential. She is also doing very well after having qualified for the World Junior Championships in Kenya last year, which was unfortunately postponed. Shaili Singh has immense scope in the coming years as she is already showing a great performance at such a young age.

Robert Bobby George, who is currently coaching Shaili, said “I see her as being the face of Indian track and field in the next few years. For her age, if you compare her to athletes around the world, she is fantastic.”

The star player, who was the vice-captain of the India U-19 and won the Under-19 World Cup in 2018, where he played a key role in winning the matches as an opener. The Kolkata Giants, KKR picked him up, and then there was no turning back. Shubman has been consistent with his performance since 2018 and has only got better playing a key role for KKR now.

He was selected for the Test squad in the India Tour of Australia when given a chance after the two Tests. He proved that he is the best suited for that position with his impressive performance, playing brilliant shots in a very calm way and on the final day of the decisive match against India. His 91 runs helped India greatly and finally won the decisive Gabba test, though he, unfortunately, missed his deserving ton. But he definitely has a very promising future ensuring the future of Indian Cricket.

The 19-year-old, Sharmila Devi who now plays alongside stars such as Rani Rampal for the Indian Hockey team, was brought up in Hisar and her passion for the game was since childhood. Her impressive performances for the Women’s Junior team brought her to the National team’s playing XI. She also scored a goal during the Olympic Qualifiers against the U.S.A.

She is the youngest member of the team currently. She made her debut in Tokyo in August 2019 during a test match. She has 9 appearances for the national team which is not a child’s play with several years’ worth of her career left and will be looking for an established place in the team before leaving for the Tokyo Olympics in the upcoming months.