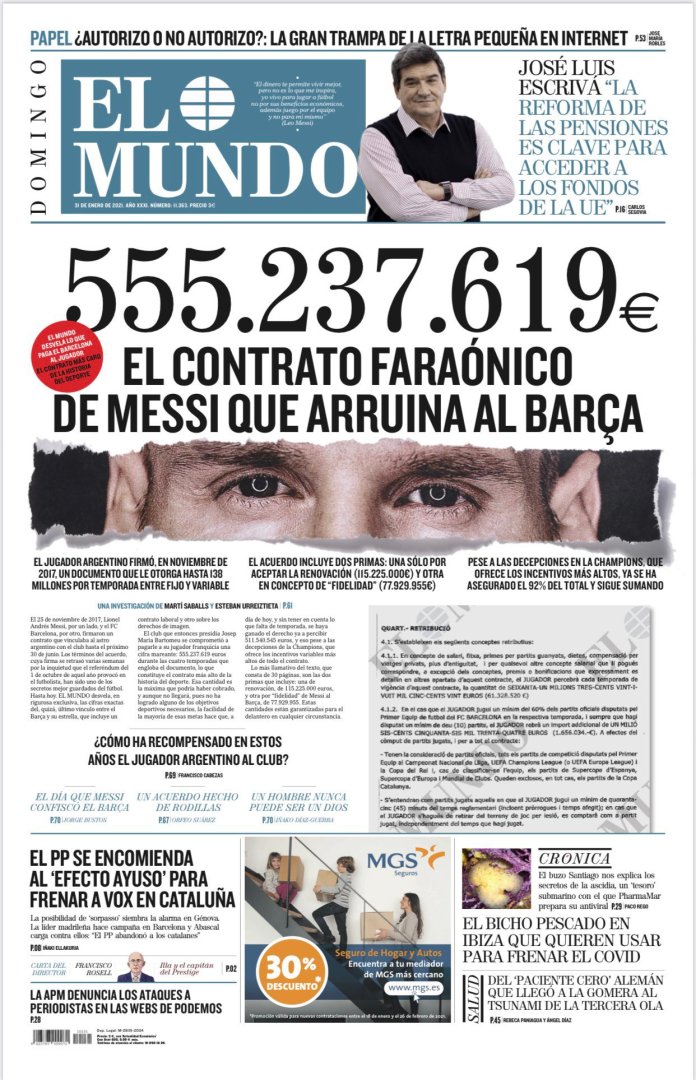 Lionel Messi has earned more than €500 million once his contract with FC Barcelona ends in June.

The relationship between Lionel Messi and FC Barcelona board has fallen since the last summer.

Last summer Lionel Messi revealed his wish to leave the club. He was highly linked with Manchester City. But he was ‘forced’ to stay at the club at that time. After that, the Argentine told the press about the problems of FC Barcelona dressing rooms and board. FC Barcelona president Josep Maria Bartomeu was the main target of Lionel Messi.

Josep Maria Bartomeu resigned from his position last month. But the situation has not changed yet for Lionel Messi. In the last 5 months of his contract with FC Barcelona, he refused to sign a new deal with FC Barcelona.

FC Barcelona recently faced a massive financial crisis. Barcelona’s horrendous mismanagement over the past few years and lack of financial planning are causing the Spanish Giant’s trouble. COVID-19 pandemic has made it worse.

At this moment this report will surely arise a question for FC Barcelona board. Is it so important to retain a player and ruin themselves financially for the next decade? The time will answer.