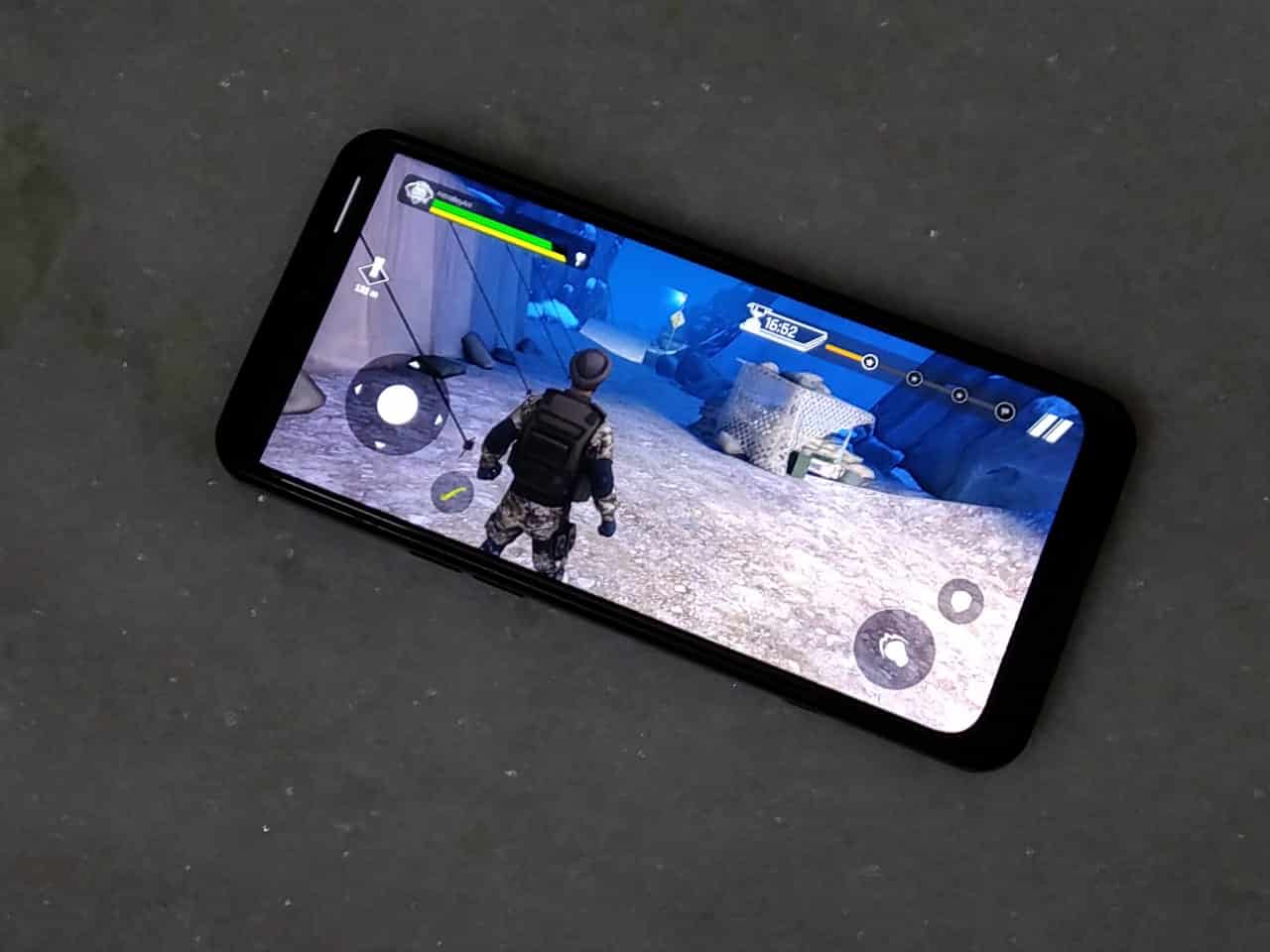 FAU-G or Fearless and United Guards is an online multiplayer action game developed by Bengaluru headquartered nCore Games. This game has recorded the highest number of pre-registrations in less than 24 hours on the Google Play Store in India. The game was launched on 26th January in India and was said to be a promising alternative to the recently banned PUBG Mobile. After the launch, we played the game for the past few days and tried to examine every nooks and corner of the game within this time and will give an honest review on the gameplay.

After starting the game you can see the ‘nCore games’ branding and after loading and connecting you will be guided to the primary naming and graphics page of the game. Then set your name and all the graphics required. After setting the name you will be guided to a back story and then after that, you can see the home screen, which is pretty basic. The Home screen image is provided above. Note that, the game will not ask to download additional data after the one-time download from the Google Play Store.

At the top left corner of the home screen, you can see your name and the Rank and a badge as per the game.

At the top right corner, you will get a Setting button where you will find Audio, Graphics, and Sensitivity under ICE SPICE. Other than ICE SPICE there are other options as well which are, PRIVACY POLICY, TERMS AND SERVICES, and CONTACT US. The only useful thing is the ICE SPICE option. Here you can find BACK, RESET and SAVE buttons at the bottom of the screen.

Again, at the top right corner, we find some 25 token type things and one silver token type graphics that is still 0 and needs to be purchased from the store. To mention store we can find a ‘+’ button right beside these tokens at the extreme top right corner that will take you to the store where you can find three options to chose from. Here are all the options available there.

At the bottom left corner the STORE button will direct you again to the same ARSENAL, LOADOUT, and TOKENS page.

The PLAY button is placed at the right bottom part of the screen of your phone that will direct you to the different type of game modes that are – CAMPAIGN (Tales from the GALWAN Valley), TEAM DEATHMATCH (5v5), and FREE FOR ALL (Every man for himself). Right now only the CAMPAIGN version is the only available option where we can enter and play.

Note that, CAMPAIGN option allows you along with your character to play the original fight that occurred in the GALWAN Valley between Indian Brave Soldiers and Chinese Soldiers. After stating the CAMPAIGN you will see an animated video that you can skip also. First, you will have to go through the tutorial that includes the movement practice, fighting, block, picking weapons, using weapons, gaining health, and others.

Then after the first training and intro, you can play the missions, where there are 4 checkpoints. In these 4 missions, the only thing you can do is run towards the mark on the screen and kill the opponent on the marks and again move forward. Every checkpoint you cross by defeating enemies it will be saved. In between, if you die or exit the game you have to start from the start of the same checkpoint you died or left. Thus you have to complete all the checkpoints and in the end, you will have to defeat the boss enemy and you will earn a badge and a mission passed promptly will appear on the screen.

The character will lose both personal and armor health after getting hit by the enemy. The character can regain health from the nearby fireplace. The character can’t pick any weapon when the loadout is full with two different weapons neither can change with another type of weapon. There is no jump or crouch or prone buttons in this mode which we think is pretty basic. This gameplay only allows running, move left and right, punching, hitting with weapons, and block any attack.

The control buttons in the game are very limited. When the game starts we get the movement joystick button of right-left-front-back at the bottom left of the screen. It can be accessed anywhere on the left half of the screen. Besides the joystick, we have the current weapon loadout button that is used to switch between hand fight and weapons.

The fight button (punch/weapon) is at the bottom right corner and it is fixed. The only way to use it by tapping there is no option of the press and hold on to that button for another purpose. Just above it, there is a block button that helps to block any attack (fist and weapon) from the enemy.

We can see the available weapons at the bottom middle center of the screen. We can see the life of the weapon changing from green (full life) to orange (middle life) to red (end life). We can also tap and change weapons anytime from that place during the game.

At the top right corner, we can see the mission and checkpoint bar and besides that, there is an option of pausing the game and accessing certain menu items like RESTART, AUDIO ON, MAIN MENU, TUTORIAL, and OPTIONS.

Time Limit is the main factor of this game mode. You will be given a total of 25 minutes to complete all the four checkpoints within this time, if not completed within the time limit you will get a prompt of ‘Mission Failed’ and you have to start again from the beginning.

The graphics of the game is not so bad in the CAMPAIGN mode but we expected something more than what we got here. We have played both PUBG Mobile and C.O.D Mobile where the graphics are pretty top-notch, but for the first time, we think we should give FAU-G a chance to improve with time. There are also other game modes like 5v5 Team deathmatch and Free For All mode where we can play real-time battle royale game like PUBG Mobile and C.O.D Mobile. In these modes, we think nCore games will improve the graphics and control portions so that we can get a better gaming experinece.

FAU-G is going to lost mobile gaming base in India. Once players start understanding the motive of this game they will be pretty amazed to play such game inspired from a real life event. Overall we think FAU-G is a basic game where creators have tried their best for delivering a battle royale type gaming experience in a very short time. As per our experience we are hopeful that FAU-G can develop more and there is a huge room for its development.

Sanidhya Bhardwaj - January 27, 2021 0
Since March, there has been a huge tussle between the Indian and the Chinese government. Armies of both countries are continuously in a situation...

All you need to know about FAU-G: Gameplay, Graphics, and Weapons...