Chelsea win first game under Thomas Tuchel, so what lies ahead? 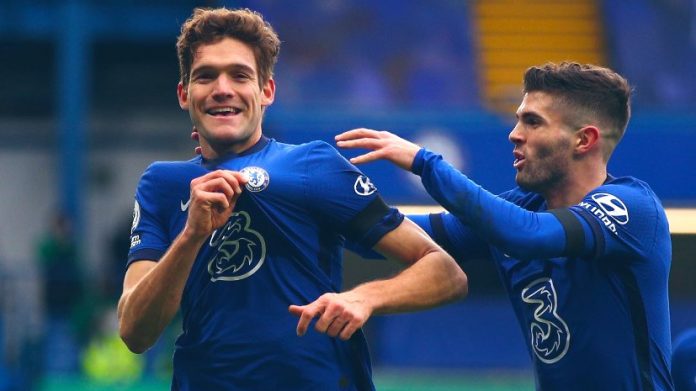 Chelsea won their first game under Thomas Tuchel in a 2-0 victory against Burnley, in a very impressive display. The most eye-catching move from the German was the reintroduction of Marcos Alonso into the starting XI, while Callum Hudson-Odoi played as a right wing-back to support Cesar Azpilicueta, who adopted a more central role alongside Thiago Silva and Antonio Rudiger.

A defensive midfield duo of Jorginho and Mateo Kovacic dictated the pace of the game, with the pair finding key passes to create chances multiple times throughout the match. However, their inability to take chances themselves was highlighted in the half-hearted attempts at goal from Kovacic, while Jorginho opted against shooting altogether.

Mason Mount had multiple chances to get on the scoresheet, alongside Timo Werner, but squandered a fair share of decent chances presented to him. However, it was a man of the match performance from Chelsea’s most consistent player so far this season.

Azpilicueta and Marcos Alonso got on the scoresheet, with the latter’s second-half strike showing exactly what Thomas Tuchel brought him back into the team for.

Today’s Chelsea team was a lot more composed and focused on their task than it did in the last games under Frank Lampard. Tuchel’s tactical intelligence and willingness to explore was highlighted in his choice of a back 3 and playing Hudson-Odoi on the far right.

If this is a clear sign of things to come under the German, then we could be looking at a much different second half of the season for the Blues in comparison to the first.