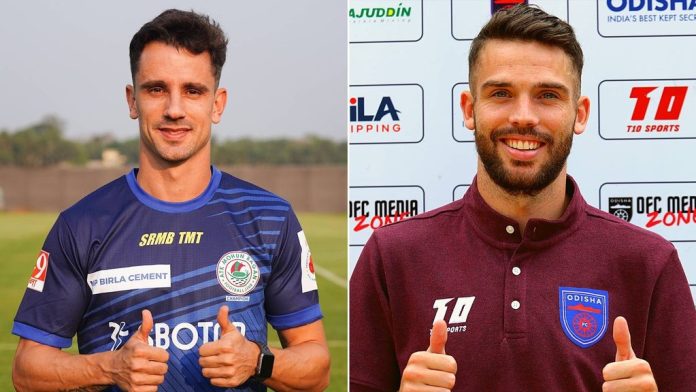 Marcelinho joined Odisha FC last summer after having the experience of 4 seasons of ISL. Marcelinho Leite Pereira had instant success in his maiden season in the Indian Super League (ISL) in 2016 when he was part of Delhi Dynamos. After that, he has spent 2 seasons for Pune City FC. He won the Golden Shoe award in the league scoring 10 goals in 15 appearances and had registered five assists. Last season he played for Hyderabad FC where he managed to score seven goals and provide two assists in 17 matches and was arguably the club’s best performer.

This season the Brazilian forward has made 8 appearances but couldn’t reach his potential. He has not scored yet this season.

On the other hand, Australian Midfielder Brad Inman has only made 7 appearances this season for the defending champion ATK Mohun Bagan FC this season with most of them from the bench.

Inman started his career in Newcastle United Academy in England. He joined Brisbane Roar last season before joining ATK Mohun Bagan FC last summer. He has played 25 games for the A-league side and scored 4 goals for them.

This is a very important decision for both sides to exchange the players in the midway of the season. It will be a question of how these players adjust to their new team and perform in the rest of the season.