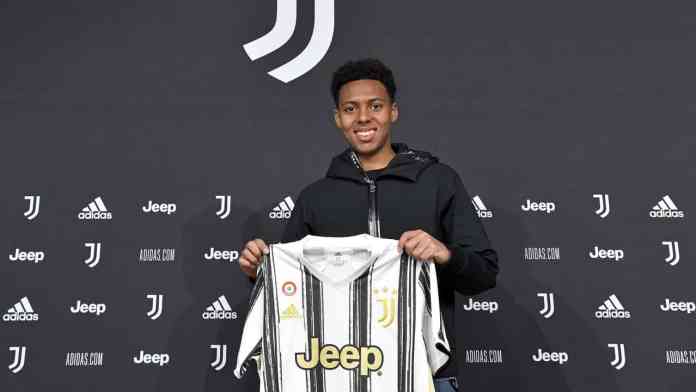 Serie A giants, Juventus FC, have announced their new signing of Marley Ake from Olympique Marseille. The 2001 born striker, who arrived at Juventus after making 13 appearances with the French team, nine in Ligue 1 and four in the Champions League.

After undergoing a successful medical test on Wednesday, the 20-year-old young winger from Ivorian background joins Juventus on a five-year contract in a swap deal with that Cameroonian Franco Tongya, who after spending 11 years at the club, having gone through the youth sector that led him to win an Under 15 title and including his debut in the Juventus Under 23 jersey, moves to the French Ligue 1 side.

Ake since his pro debut for the Phocaeans in a 1-1 topflight match versus Rennes in 2019 has impressed everyone with his performance and has a played an important role for Andre Villas-Boas’ squad.

On 28th January (Thursday), Serie A giants Juventus FC and also the French side took to the Twitter to announce both the players arrived at their respective club and also released an official statement regarding the deal.

“Juventus has finalized an agreement with Olympique Marseille for the definitive acquisition of Marley Ake, a striker born in 2001, who arrives at Juventus after having made 13 appearances with the French team: nine in Ligue 1 and four in the Champions League League,” a statement was given from the Italian topflight side read.

Juventus Football Club S.p.A. has announced the agreements that have been finalized with Olympique de Marseille SASP and released the following statement:

Juventus is considering a move for Henrikh Mkhitaryan