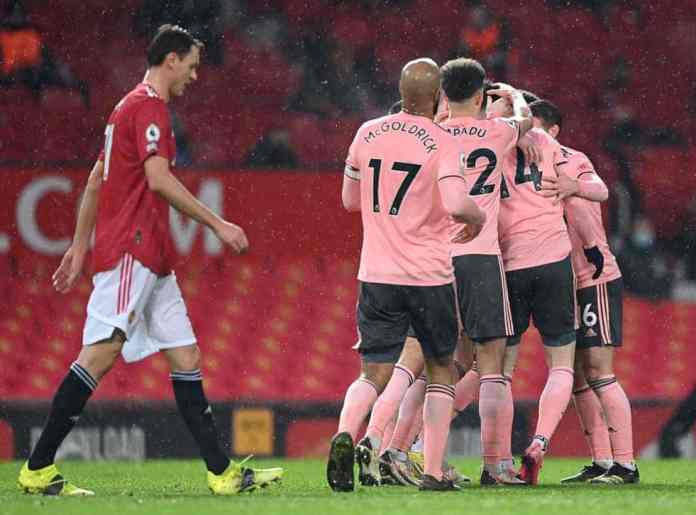 Sheffield United took the lead in the 23rd minute as Kean Bryan headed into the net from a corner. Manchester United came back in the 64th minute as Harry Maguire scored the equalizer. But they conceded again in the 74th minute. Defensive flaws cost Manchester United this season many times. The same happened again yesterday.

After the match, Manchester United boss Ole Gunnar Solskjaer admitted the fact that Manchester United was not in their top yesterday. He said, “We had all the possession but when you concede two bad goals it’s always going to be difficult.”

“They defended well, fair play to them but we didn’t have the right ideas or solutions. The first goal is a foul, Billy Sharp runs into David de Gea. At the other end, no foul for the disallowed goal for us but it’s that kind of season. Two mistakes by the referee.”

“It wasn’t to be, the second goal we conceded is so poor, so sloppy. Easy. We stopped getting out to the ball, three or four bad decisions which are out of character.”

“There will be no big inquest. There have been so many odd results this season, but with the world, as it is we have been the most consistent team, it hit us today.”

Manchester United dropped to the second position in the table after the loss. The Red Devils will travel to Emirates Stadium on Sunday to face Arsenal.