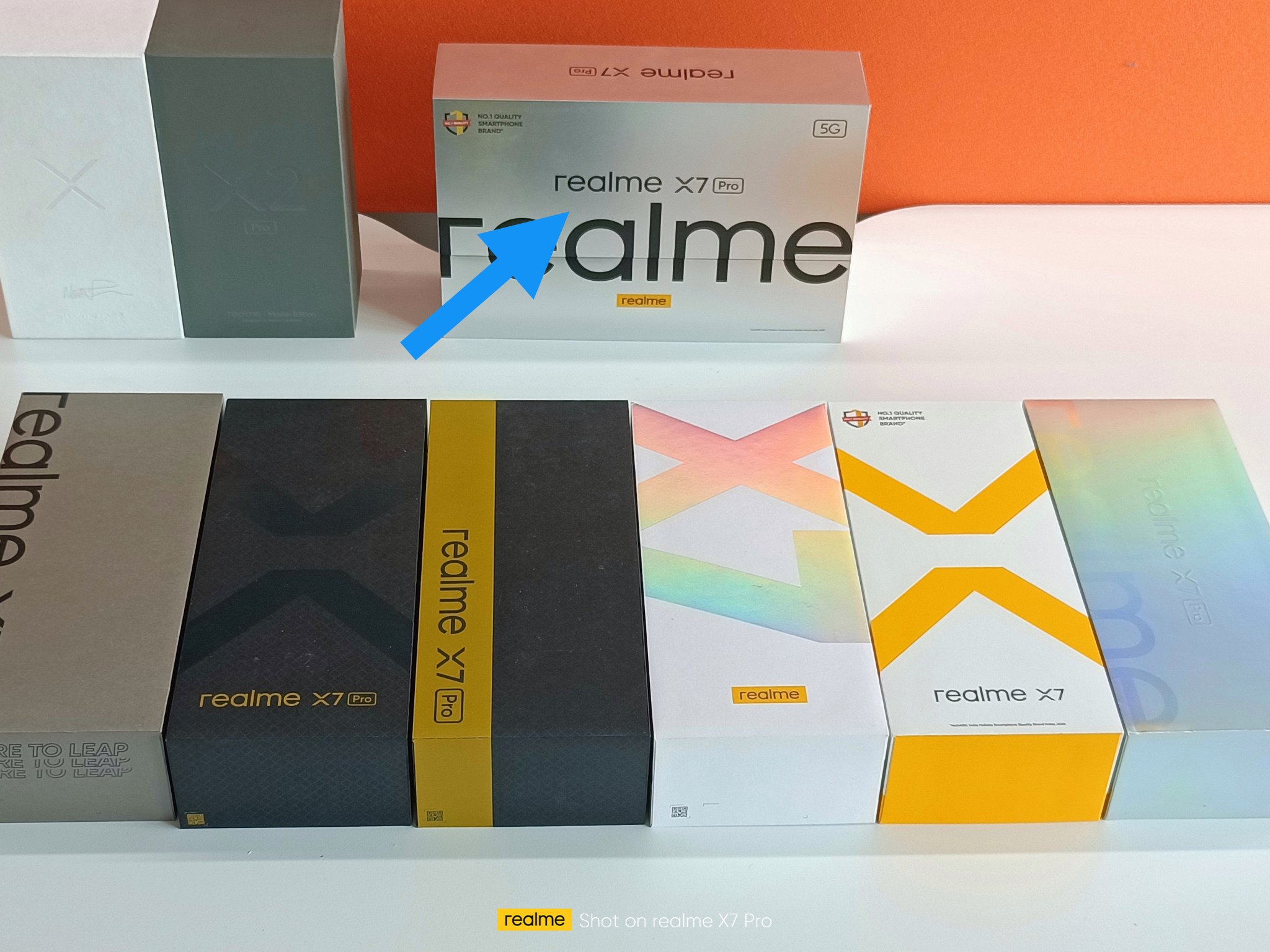 Realme X7 is launching in India on 4th February and as the launch is nearing more leaks are surfacing. Though the company has also revealed most of its features including the Dimensity 800U chipset, Super AMOLE display, etc. We will get into the features later but a most interesting news has surfaced which is the pricing of the vanilla version of the Realme X7 series.

The leaker has also mentioned the retail box in the above image by a blue tick that was shared earlier by Madhav in one of his tweets. Reports suggest that the Realme X7 will be powered by a real MediaTek Dimensity 800U. Thus, becoming the first smartphone in India to be run by Dimensity 800U SoC. It will come with a 6.4-inch FHD+ Super AMOLED display. The refresh rate is on a bit lower side, which is 60 Hz. It has RAM up to 8GB and storage space of 128 GB.

It will run on Android 10 OS and have a Realme UI custom skin on top. The device is expected to have a 4,300mAh battery pack paired with a 50W Super Dart fast-charging support. It is expected to have four real camera sensors which include 64MP primary sensor, an 8MP wide-angle lens, and a 2MP black and white lens.

Arnab Das - March 3, 2021 0
Just after the launch of the Realme Narzo 30 series the company has already started teasing the upcoming Realme 8 series, which means within...