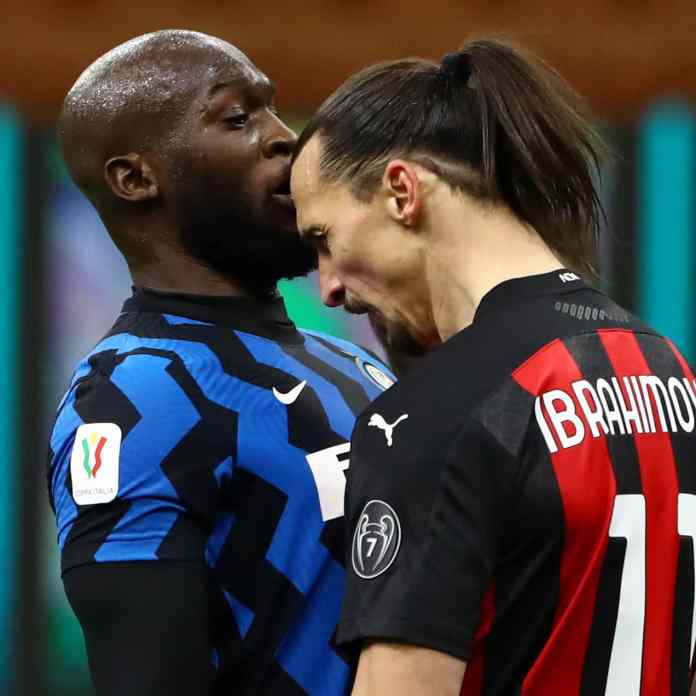 The biggest story to come out of the entertaining Derby di Milano in the Italian Cup yesterday was the clash between Zlatan Ibrahimovic and Romelu Lukaku near the halftime mark, and the spat between the two strikers continued down the tunnel after the whistle had blown.

The conflict began after AC Milan captain Alessio Romagnoli lunged into a tackle, and Lukaku was confronted by Ibrahimovic. The Swede was the first to open his mouth, and asked Lukaku to ‘call his mother and do his voodoo shit’, in a reference to claims made during his time at Everton where an African voodoo had reportedly told him to go back to Chelsea.

However, as history would have it, Lukaku went to Manchester United and spent the 17-18 season alongside Ibrahimovic at Old Trafford. Ibrahimovic was also repeatedly quoted calling Lukaku a ‘little donkey’ to incite the Inter forward.

The Belgian was fuming all throughout the confrontation, and told Zlatan he would shoot him in the head for talking about his mother. The pair were face to face in a heated exchange, and had to be pulled apart by their teammates.

Zlatan has since assured his AC Milan teammates that there was no racist abuse involved in the confrontation and that he hadn’t crossed that line. He was, however, sent off midway through the second half and with a man light, AC Milan went on to crash out of the tournament thanks to a penalty put away by Lukaku and a top-bin free kick from Christian Eriksen.