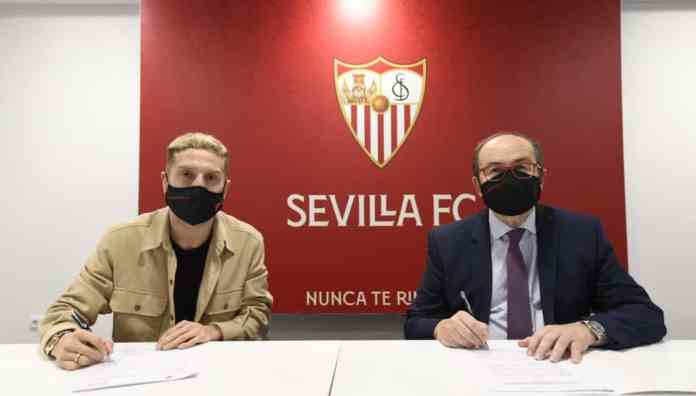 Papu Gomez has joined LaLiga club Sevilla, on a 2.5-year deal that will see him obligated to represent the club till June 2024. The transfer fee quoted for the transfer is €5.5 million with another €3 million to be paid in the form of bonuses to Gomez’s former club, Atalanta.

The attacking midfielder was Atalanta’s most important player over the last two years, as he captained La Dea to consecutive Champions League finishes in the Serie A table, and progression to the quarter-finals of the competition last year, eventually bowing out to Paris Saint-Germain, who went on to become the finalists.

Sevilla have been lacking a creative spark in recent weeks, and the arrival of a natural leader and confident personality in the form of Gomez, under Julien Lopetegui is arguably one of the best deals this season. That is amplified even further considering the price paid and the fact that Gomez still has a few good years left in him, about to turn 33 in a few weeks.

Gomez had a fallout with Atalanta manager Gian Piero Gasperini in the Champions League game against Midtjylland, with the two entering a full-blown quarrel at half time. The player has not featured for the club since the 16th of December and was transfer-listed by the club.

While it is extremely unlikely that Gomez will be given the captain’s armband over Jesus Navas, his natural tendencies as a leader in the heart of the park will contribute to the attack much in the same way as fellow Argentinian, and former Sevilla player Ever Banega.