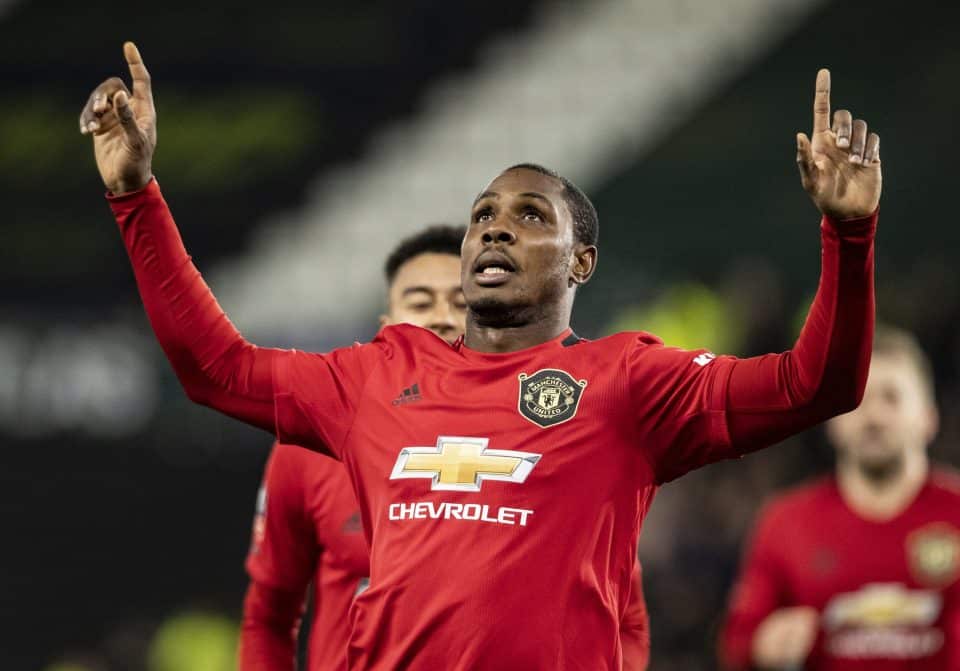 Odin Ighalo was signed on loan from Chinese Super League side Shanghai Shenhua. He will return to Shanghai at the end of this month as his loan spell at United comes to an end.

But it’s unlikely that he will stay at Shanghai Shenhua as he already has a £7m-a-year offer from a club in Dubai plus interest from MLS clubs and the Premier League among his options.

Ighalo has scored 5 goals in 23 matches in all competitions during his time at Old Trafford but since the arrival of Edison Cavani, he has fallen further down the pecking order.

The boyhood United fan said in a tweet: “It’s so hard to see this dream come to an end.”

“But I give God the glory for helping me fulfil this lifelong dream of putting on a Manchester United shirt as a player and represent this great club, it was indeed an honour I will forever cherish and be grateful for.”

“To the manager I say thank you for trusting and believing in me when many did not. To my amazing team-mate I will miss you guys, it was always fun… and I pray we win the league and FA Cup this year.”

Sportsmail revealed earlier this month that former Nigeria international Ighalo has openly admitted he would be keen on a move to play in America in the MLS. David Beckham’s 2018-founded Inter Miami side is a potential option. Inter Miami also has former PSG midfielder Blaise Matuidi and former Real Madrid striker Gonzalo Higuain in their ranks.