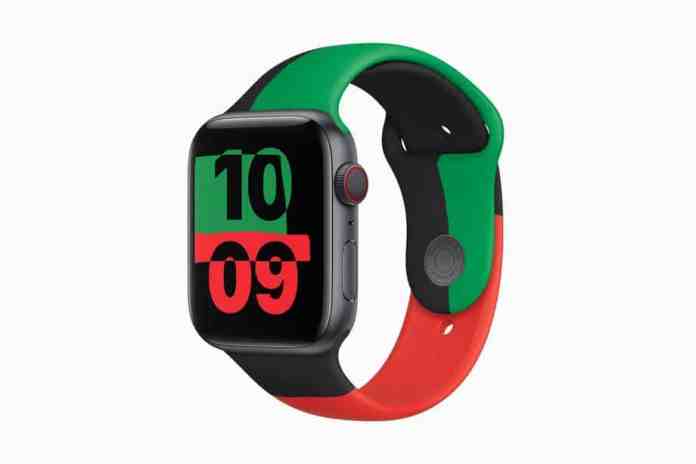 Apple released Apple Watch Series 6 back in September and now, is set to bring a limited-edition of it aiming the Black History Month. There will be a new and unique watchband along with new watch faces and some other additions that goes towards civil rights organization.

The new edition Apple Watch Series 6 is coming with the black, green, and red striped band and watch faces which simply reflect the Pan-African flag. All these will be applied to the aluminum version of Series 6 and costs $399. Consumers also can have the band separately for $49.

As per the information, this new version will hit the market this February. The watch, as a whole, will be sold in February only, however, the band will remain live throughout this year. In case you already have an Apple Watch, you are already eligible to use the special watch faces.

Apple says it will be “supporting six global organizations” such as the Black Lives Matter Support Fund, the NAACP Legal Defense, and Education Fund, and European Network Against Racism. These all organizations including some others will be the part of the new edition launch.

Additionally, the Cupertino giant also takes several other initiatives for the Black History Month this year. A dedicated hub in the App Store is added that highlights Black-owned businesses and developers. The other services like Apple Music, Apple Maps, Apple TV, Apple News will also do the same kind of job.