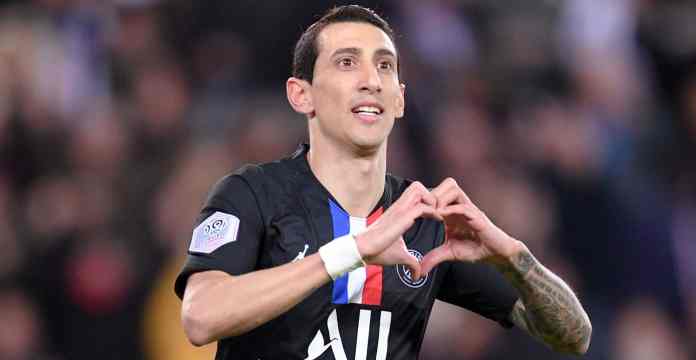 According to reports, Tottenham Hotspur has made an approach to rope in Angel Di Maria on a free transfer this summer as the PSG superstar’s contract will be expiring soon at the end of this season. Many top clubs across Europe are waiting in queue to sign him as Di Maria remains one of the most highly-rated midfielders on the continent.

The Ligue 1 giants, PSG are hoping to keep hold of him after they failed in negotiations over a new deal last year, but Spurs have already made the first contact with the PSG star, as reported by L’Equipe. This move would see him reuniting with his former Real Madrid boss Jose Mourinho.

It is believed that PSG boss Pochettino would like to keep him at Parc des Princes and the talks of Di Maria’s extension are already on their way. As per the reports, Di Maria has been offered a pay cut on his current deal by PSG, although he is believed to understand why it is done, seeing the current global crisis.

Although Di Maria was looking for his contract extension for two more years to finish his career in the French capital and said that he currently ‘feels good’ in the city along with his family, it continues. However, a superior offer from Spurs may tempt him to move to the Premier League.

Di Maria played under Mourhino for two seasons at the Bernabeu during a successful period for Los Blancos. The midfielder has previously talked about the impact the Portuguese boss, Mourhino had on his career.

“Mourinho made me a better player,” Maria told Diario Ole in 2013. “He showed me many things and made me grow as a footballer. He helped me to move into a different position, to sacrifice myself more for the team.”

“I’m very grateful to him. He told me that, at Real, I was a forward that could also defend and that I couldn’t rest when they were on the attack,” he further told.

“As I was performing under him for the three years he was at Madrid he put me in the starting line-up. The Di Maria playing down the middle compared to the one now is a different player, both technically and tactically,” he finally added.