Top 5 most valuable goalkeepers in the world in 2021 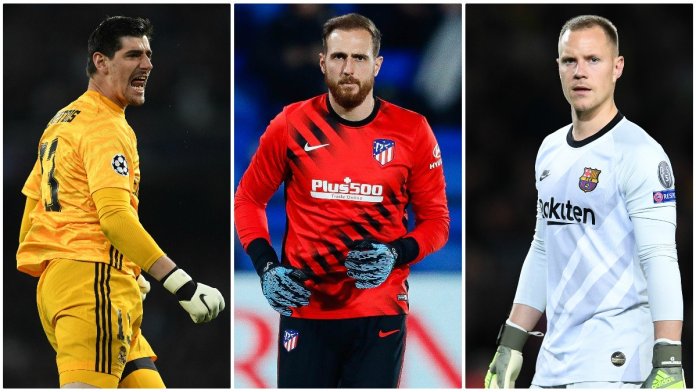 Goalkeepers are the last man of defense and the first man of attack.

In modern games, goalkeepers need more athleticism and more courage to come off their lines to keep the ball out of the danger zone. A goalkeeper should be as good as with both his hands and feet.

In this article, we will discuss about the most valuable goalkeeper of the world right now:

Jan Oblak is now the most valuable goalkeeper in the world. The 28-year-old is so consistent in his performance in the last 3 years for both club and country.

Atletico Madrid are now top of the La Liga table. The Roji Blancos need the best of Oblak in the remainder of the season to win the league.

Alisson was in the FIFA World XI in 2020. He was an instrumental part of Liverpool’s recent success.

Liverpool has faced some difficulties this season as all of their first choice centre backs are out with injury. The defending Premier League champion needs the best of the Brazilian goalkeeper in the remainder of the season to achieve some good result.

The 28-year-old has emerged as one of the most valuable players for the Spanish giant. Though the Belgian international has struggled this season. But he was excellent last season and helped Real Madrid to win La Liga.

Marc-Andre ter Stegan is as important as Lionel Messi in FC Barcelona squad. Barcelona has faced a lot of defensive issues recently. But ter Stegan has always risen to the occasion and won the game for FC Barcelona.

Donnarumma is one of the best young goalkeepers in the world right now. He is so consistent with the Italian side in the last few seasons.

AC Milan is now a title contender this season and Donnarumma is a big part of that success.