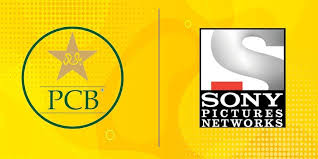 Pakistan Cricket Board [PCB] has signed a 3-year deal with Sony Sports Network which will allow them to telecast all of Pakistan’s home international games and also the Pakistan Super League (PSL).

The deal with PCB assures more than 100 days of live cricket as Sony Sports Network now has 5 international cricket boards in its portfolio. Those boards are England & Wales Cricket Board, Cricket Sri Lanka, Cricket Australia, Cricket Ireland, and the newly added Pakistan Cricket Board.

Pakistan Cricket Board’s Chief Executive Wasim Khan stated, “The PCB welcomes Sony Pictures Networks India to its list of elite broadcasters who will have rights to Pakistan’s bilateral series and PSL 2021-23. Through this partnership, cricket fans in South Asia will be able to follow and enjoy high-quality cricket action in Pakistan across all formats featuring some of the finest modern-day stars.”

WWE: The Undertaker is set to go live in India on 11th November