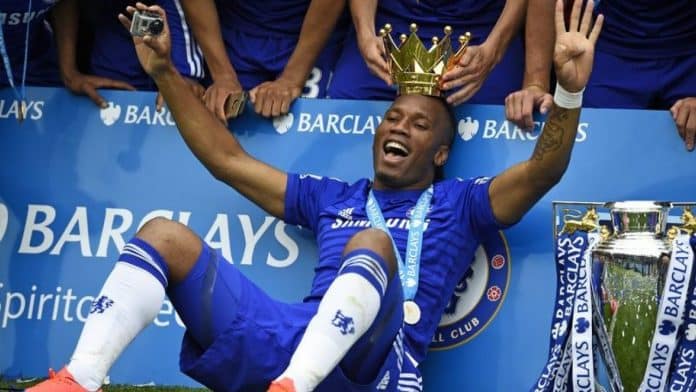 Didier Drogba is fondly remembered for Chelsea’s Champions League win. He has spent eight years with the Blues and re-signed for them in 2014 during Mourinho’s second spell at the club.

In total, Drogba scored 164 goals in 381 games over his two spells and won four Premier League titles, four FA Cups, three League Cups, and the 2011-12 Champions League, where he scored the winning penalty in the final.

But former Chelsea manager Jose Mourinho has revealed that the Chelsea officials had doubt over the signing of Didier Drogba.

Mourinho said: “Didier Drogba came into my life in the fifth minute of a Champions League game in Marseille’s mythical Velodrome. I’d hardly sat down when that giant with the 11 on his shirt scored. He celebrated that goal like it was his last, the crowd went mad, the noise was deafening.”

“At half-time I found him in the tunnel and told him, ‘I don’t have the money to buy you, but do you have any cousins that can play like you in the Ivory Coast?’ He laughed, hugged me and said, ‘one day you’ll be in a club which can buy me.'”

“I had a number of options, but I arrived and said, ‘I want Didier Drogba.’ Doubts and questions were raised by a few people: ‘Why this one?’, ‘Why not that one?’, ‘Are you sure he will adapt?’, ‘Is he really that good?'”

“‘I want Didier Drogba,’ I said. A few days passed, and I met with Didier in a private airport in London. Again, he hugged me, but this time in an unforgettable way: an embrace that showed this man’s gratitude, and the affection he feels towards people who mean a lot to him. Indescribable.”

“Then he told me: ‘Thank you. I will fight for you. You won’t regret it. I will stay loyal to you forever.’ And that’s just what he’s done…”

The Blues faithful would never forget what Drogba has won for the club. He has been a true legend for Chelsea.