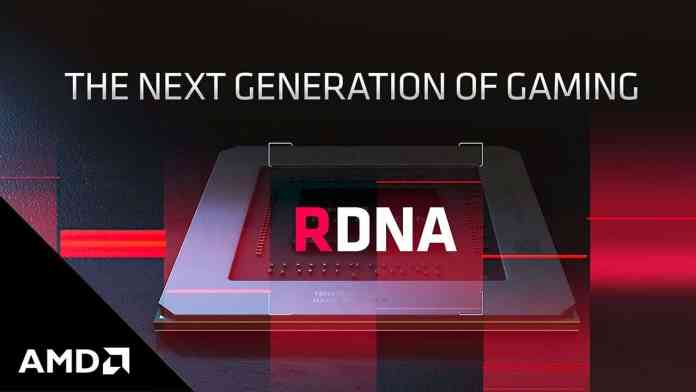 Some rumors suggest that AMD’s first MCM-based design will be the Navi 31 GPU. MCM design based CPU is a big achievement for AMD for years. But having an MCM GPU makes more sense than a CPU.

The MCM GPU is basically based on chiplets. This technique helps increase the GPU yield (as yield is inversely proportional to the die’s size). In this way, if multiple small dies will be used, it will result in a higher yield than one large monolithic die. NVIDIA also is now working on its own MCM based designs.

Some leaders are saying that AMD Navi 31 GPU will be an MCM GPU with 80 CUs chiplets. If the conservative clock speed is assumed to be 1800 MHz, this GPU can 36.8 TFLOPs of fp32 compute! NVIDIA’s push to ray tracing surpasses AMD’s RDNA 2 architecture.

AMD has already started work on their own variant of NVDIA’s DLSS technology, knowing that in the future huge part of GPUs functionality will be running DNNs. It is expected that the current GPU monolithic dies are near to the edge now. AMD’s MCM goals were known to all from when they started the EHP GPU processor.

Underfox tweeted about the patents of AMD and some of his discoveries about Navi 31 GPU.

Navi 31 is still in the queue, and already the rumors about Navi 41 have started. Let’s see that one is going to be an MCM design or not. Recently, AMD has also filed a patent for a new MCM GPU design, suggesting that an MCM GPU is coming soon.

In the patent, it is stated that due to latency between chiplets, there were no attempts in the past for any MCM GPU. Via the passive crosslink, the GPU chiplet would be able to communicate with the CPU directly. The patent is given below:

All the details of AMD Radeon RX 6000 GPUs known so far, including live photos