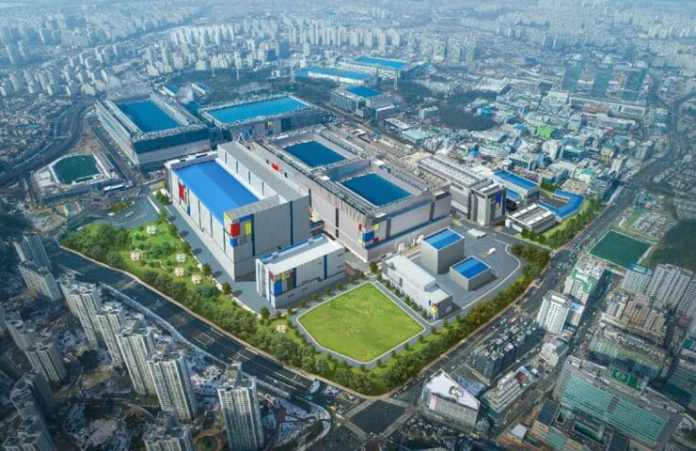 As it was reported earlier, Samsung is planning on skipping 4nm chip production and jumping to 3nm from 5nm, this would need some serious investment, and turns out that the South Korean tech giant may already be eyeing that in the form of a $10 billion chip development facility in Austin, Texas. With the company’s 5nm EUV chip production currently underway, it will want to one-up TSMC with an advanced manufacturing process through this investment.

Samsung Could Commence Operations From 2023 if Everything Goes Smoothly, however, No Official Word on When Facility Will Be Completed

Austin, Texas, is rather a peculiar location for the $10 billion 3nm chip facility. Austin is where Samsung abandoned in-house development of its custom cores, however, now it looks to be the place where the company wants to take on TSMC in the chip business. Unfortunately, as TSMC has reportedly invested $20 billion for its 3nm chip facility, Samsung could already be trailing behind its biggest rival.

With Apple already securing the initial batch of 3nm chips for its iPhone, iPad, and Macs, it seems like Samsung has already lost a lucrative customer before chip development has already started by both companies. However, other clients such as Qualcomm and MediaTek are still in the market. Reportedly, Samsung and Qualcomm secured an $850 million deal to handle chip making for both the Snapdragon X60 5G modem and the Snapdragon 888.

It’s possible Samsung’s offered hugely discounted prices to lure Qualcomm and the offer was too good for the American company to refuse. In the same manner, with competitive pricing, we could see Samsung obtain more customers in the future. However, Samsung’s ambitions are not even close to that, as the company reportedly eyes a mammoth $115 billion investment by 2030 to trump the chip-making leader TSMC. As for the $10 billion chip facility, plans may be in their preliminary stages right now.

According to a report by WCCFTech, the facility commencing operations before 2023 is very difficult as 3nm EUV chips are not easy to produce. TSMC would have already started its own production by then.