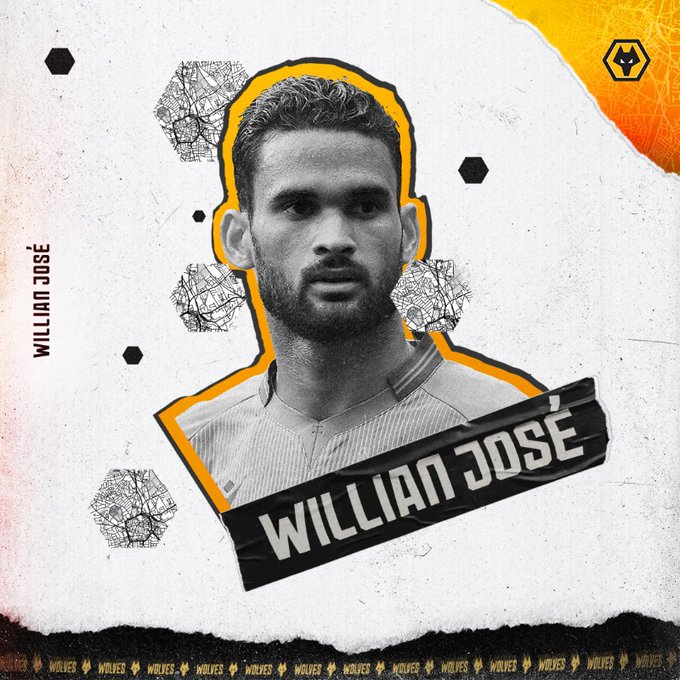 Wolverhampton Wanderers has completed the signing of Willian Jose. Willian Jose joined the Premier League side on loan till the end of the season with an option to buy for around €20m from Real Sociedad.

The Brazilian striker has left Real Sociedad after 5 years. He joined the Spanish side in 2016. In his 170 appearances for the club, he has scored 62 goals.

However, Jose will move to the Premier League side on an initial six-month deal subject to securing a work permit and international clearance. He will wear no. 12 shirt at Wolverhampton Wanderers.

Wolves boss Nuno Espirito Santo was in search of a new striker after Raul Jimenez was sidelined with a fractured skull in November. Wolves only had 18-year-old club-record signing Fabio Silva to fulfil that position. Jose will now compete with Silva for the playing time. Moreover, his experience will surely add great value to the team.

Jose can play as a target man quite efficiently. His physical presence in the box is excellent. This is something that Wolves were missing since the Mexican striker Raul Jimenez is out due to injury.