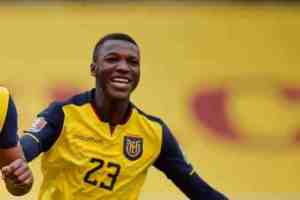 After long speculation, The 19 years old midfielder is finally agreed to join the Premier League side. He will fly to England to complete his deal soon. Brighton has signed him in a 5 years deal in €6m from Independiente del Valle.

Moises Caicedo was also interested in joining the Premier League giant. But the deal has not gone through. Manchester United refused to match the asking price of the Ecuadorian midfielder.

Caicedo has made 31 appearances for his club domestically. He has scored 6 and provided 2 assists in his time in Ecuador. Now it will be a big test for him to prove himself at European football.

The deal is yet to be finalized. Brighton boss Graham Potter refused to comment on the potential arrival before it is official. He said, “There’s always speculation, a bit of noise around things, but until anyone is a Brighton player, I can’t really elaborate on anything.”

OFFICIAL: Moises Caicedo joins Brighton on a contract until June 2025

Why Manchester United not signing Moises Caicedo is good news for everybody?

The latest on Moises Caicedo to Manchester United