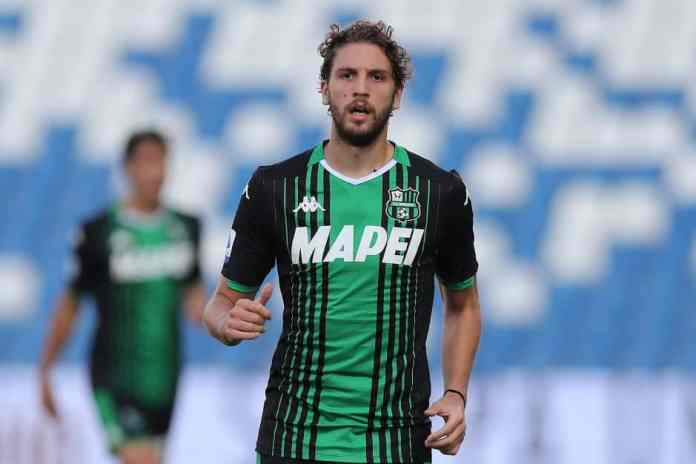 Manuel Locatelli is being heralded as one of the best midfielders in Serie A, and has featured for the Italian national team as well, with Azzuri manager Roberto Mancini reportedly a big fan of the player and has given Locatelli six caps since making his debut in September 2020.

As it is these days with any promising young talent, a rumour regarding a move to the bigger clubs in Europe is never too far away. And in this case, the club rumoured to be interested in the services of the 23-year-old is Manchester City.

Speaking on the possibility of a transfer on the Here We Go podcast alongside Francesco Porzio, Italian transfer insider Fabrizio Romano mentioned that while Locatelli is impressing many scouts in Serie A,

Locatelli is one of the first names on the Sassuolo team sheet and is showing his quality on the pitch with every passing week. All that said, he is currently out injured and is set to miss the next few weeks of action.

The Italian joined Sassuolo from AC Milan on an initial loan deal that was made permanent for €12.5 million in the 19/20 season. While the Serie A club have been adamant to try and reject any bids that come in for Locatelli, Romano mentioned that a sum worth €40 million would prove to be irresistible to the club.

However, with the current financial situation around the world and especially in football, it is unlikely that the interest from Manchester City will turn into something concrete for that kind of money.