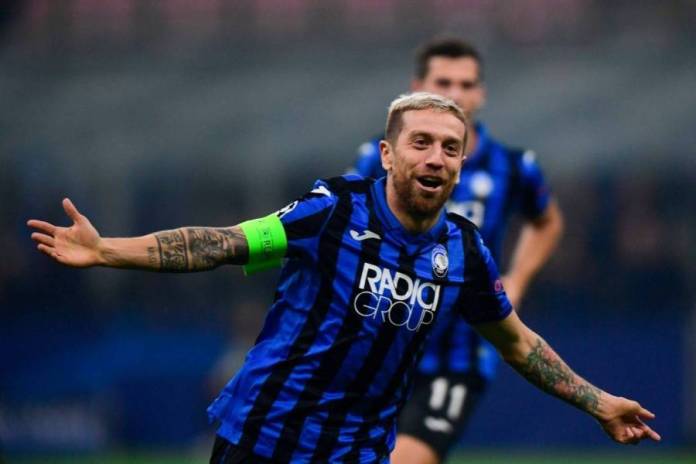 The 32-year-old argentine is set to leave Serie A, and sources have confirmed that the La Liga football club. Sevilla wants to sign him from Atalanta, but Sevilla are facing a lot of struggle to get a deal done as there is plenty of competition for his signature.

Papu’s reason for leaving the club is his falling out with the club manager Gian Piero Gasperini, but there is nothing to worry as plenty of clubs are seemed to be interested in signing him.

Papu Gomez has not played a single game since mid-December after a quarrel during a Champions League group stage match with Midtjylland and, has been seen training separately to the rest of the squad since then. Also, Per a report by Fabrizio Romano, Sevilla is apparently close to signing him with a bid of around €5-6 million with personal terms having already been accepted.

The Argentine has 50 Serie A goals to his name in 209 appearances since joining the club in 2014. In December, after the dispute, with the team manager, Gomez asked to be sold. AC Milan, Inter and Paris Saint-Germain were all interested.

Atalanta has asked around €15 million for Gomez, with Julen Lopetegui’s side hoping to sign the Argentine. But if another team comes in and bids more, it may create a dilemma but Sevilla does have an advantage that with Atalanta unwilling to accept any offers from their Serie A rivals.

Atalanta is currently in the sixth position in Serie A after finishing on the third place in each of the last two seasons but is only one point away from third with half the season still to play. So they don’t have any desire to strengthen a competitor with one of their star players.

They have been doing well without Gomez, by winning four matches and drawing three of their seven league games since his absence, but they would prefer to see him move abroad.

Also, if he goes on loan to some other team, Atalanta still would demand a mandatory purchase option to prevent the possibility of his contract ending and joining a Serie A rival on a free transfer.

Share
Facebook
Twitter
Pinterest
WhatsApp
Linkedin
Previous articleFIFA 21: A big shock as Messi hasn’t made it to the Team Of The Year as the final TOTY XI has been revealed
Next articleFabrizio Romano tips Mesut Ozil for MLS spell after Fenerbahce stint

Copa del Rey semi-final draws in full: Everything you need to know

MLS clubs were seriously interested in Papu Gomez & Mesut Ozil; moves could still go through in a few years

Papu Gomez was offered to Arsenal; Emi Buendia move could happen in the summer