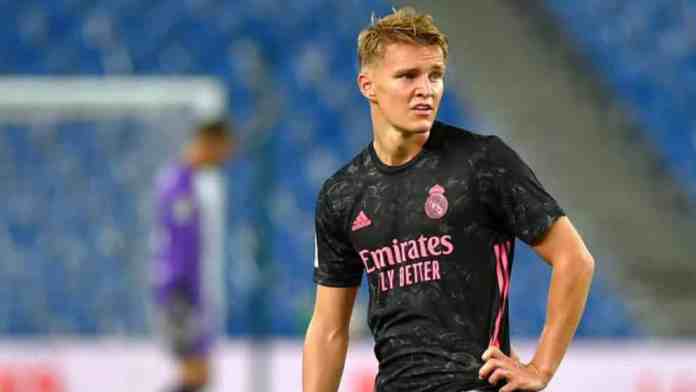 Martin Odegaard has been hailed as the successor of the ageing Luka Modric. He was brought back from Real Sociedad, where he was on loan, to fight for a starting place at the Santiago Bernabeu. He was finally starting to rise to his potential before an injury led him to the sidelines.

Since then, he has found game time hard to come by. He has fallen down the pecking order of Real Madrid manager Zidane Zidane. Odegaard was one of the best players in LaLiga last season with Real Sociedad. Still, he was not getting enough opportunities at Real Madrid this season as Zidane preferred the midfield trio of Kroos, Modric and Casemiro.

Odegaard has now decided to go on loan to once again revive his career and achieve his full potential. He was open to joining Real Sociedad once again but when he talked with Arsenal manager Mikel Arteta he was convinced to join the Premier League side.

Real Sociedad manager Imanol also revealed that Odegaard was open to the possibility of returning to Real Sociedad, but after speaking with Arteta, he has made up his mind of joining Arsenal.

Real Madrid and Arsenal have been negotiating over a simple loan move until the end of this season for Martin Odegaard. Both the clubs share a good relationship as another Real Madrid player Dani Ceballos is also on loan at Arsenal since last season.

The Norwegian is hoping to find a club where he can get regular game time to unleash his full potential. Arteta’s Arsenal is also lacking a creative midfielder who can create goal-scoring opportunities from the middle of the park.

Odegaard can help Arteta to make a late fight for a European place. He can connect the defence and attack very well. He also has a very good vision which can help Aubameyang to be in the goalscoring charts once again. Real Madrid will also have his wage bill off their books. So it’s a win-win situation for all the parties involved.