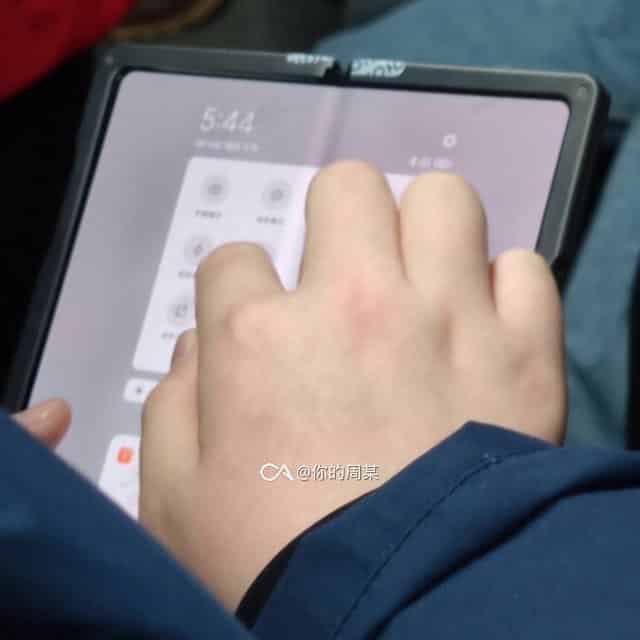 Foldable phones are at the point of discussion in recent years, last year Samsung has already launched few new and old foldable smartphones with few modifications. Apart from Samsung there are few other smartphone makers who have been already working on their own foldables. This year we are expecting some well known brands like Xiaomi, Oppo, Vivo, etc. coming up with their foldable phones in the market.

As per Digital Chat Station, manufacturers like Xiaomi, Oppo, Vivo will be announcing their first commercial foldable smartphones this year. Along with these new foldable manufacturers, Samsung will also announce its next generation of foldable screen devices this year and as per the tipster it has been scheduled as it is. Digital Chat Station has also mentioned there will be a big wave of adoption of new foldable screen devices this year. According to him, most of these devices will have a similar kind of appearance.

A few days back we came across the real-life image of Xiaomi’s foldable phone that has been pictured in the wild while testing. In that device, we saw some serious crease in the middle from where the device bends. As per those images, the foldable of Xiaomi will be like a book, it will have the screen on the unfolded side while the outer side will have some secondary small display for notification purpose. It is not clear either it will have such a screen or not on the outer side, but the main concern is that that device should not come with such a prominent crease in the middle.

Astitva Patle - May 9, 2021 0
Xiaomi made its debut in the Foldable Phone segment with the Mi MIX Fold a couple of months back. Xiaomi has taken the same...

“Aspirants” Episode 5: All the details about the Season Finale of...

All the Indian web series and movies releasing in May 2021...