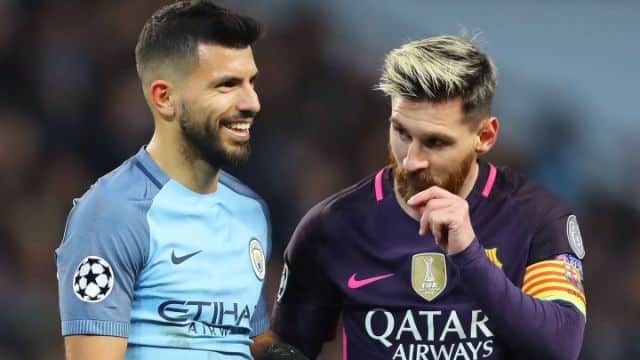 FC Barcelona wants some of the key players in a free transfer at the start of next season. They have faced a lot of problems recently with their financial issues. Moreover, the changes in the board have effected the transfer market.

The Blaugranas are now considering to move for their target next summer. Some of them will be a free agent after June 30 as the contract with their present club will be en in June. Eric Garcia (Manchester City), Memphis Depay (Olympique de Lyon), and Georginio Wijnaldum (Liverpool) are the main targets.

As per some recent reports, FC Barcelona has offered two world-class players and wants to sign them in July when they will be a free agent. They are Sergio Kun Aguero and David Alaba.

FC Barcelona has sold Luis Suarez last summer to Atletico Madrid. Since then the Spanish giant has faced some difficulties upfront. So, they are in desperate need of a prolific striker.

Sergio Kun Aguero can be a perfect addition to the team. The Argentine is in his last months of the contract with Manchester City. Aguero has a great relationship with FC Barcelona captain Lionel Messi. So, he can join the club in July.

David Alaba is also on the target list of FC Barcelona. The Austrian left-back has already refused to extend his contract with Bayern Munich. So, he will be a free agent on June 30.