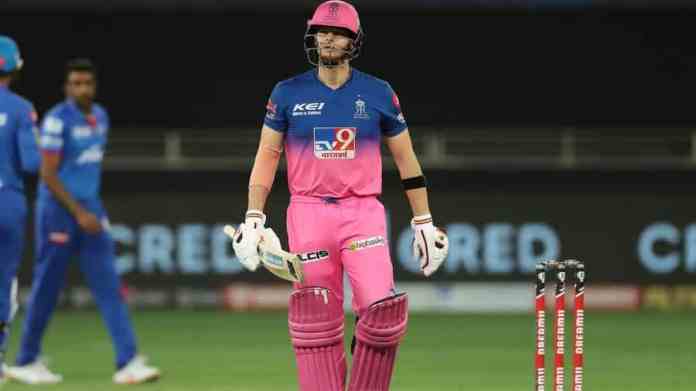 The IPL authority has already submitted the deadline for the eight franchises to submit the lists of retained and released players for the upcoming edition of the league, and the teams have submitted the lists, which ended on Wednesday.

The winners of the inaugural edition of the IPL, Rajasthan Royals have astonishingly released their captain Steve Smith, whose contract ended in October 2020.

Under Smith’s captaincy, Rajasthan Royals finished last in the table in the 2020 IPL when the star Aussie batsman played all the 14 league matches by scoring 311 runs at a strike rate of 131, including three half-centuries.

Smith was the only player retained by the Royals for Rs 12.5 crore ahead of the 2018 edition IPL and he was appointed as the captain.

Sanju Samson, who has been brilliant during the 2020 IPL edition, has been named as the new captain of Rajasthan Royals.

Sanju Samson added, “I am excited about the challenge that lies ahead of me as the leader of the team,” said new captain Samson. The Royals have had some wonderful captains over the years and I’m so grateful for all the time I’ve spent working with and learning from great leaders like Rahul Dravid, Shane Watson, Ajinkya Rahane, and Steve Smith!! I now cannot wait to get started and look forward to the season ahead.”

RR owner Manoj Badale said in a statement: “As the IPL has grown, the captaincy has become a year-round task, and as such strong local Indian leadership has become increasingly important.”

“Sanju made his debut as a Royal, and it has been a joy to watch his development over the last 8 years. He is the ideal person to lead the Royals into the 2021 season.”