Nicolo Barella could become Inter captain in the future 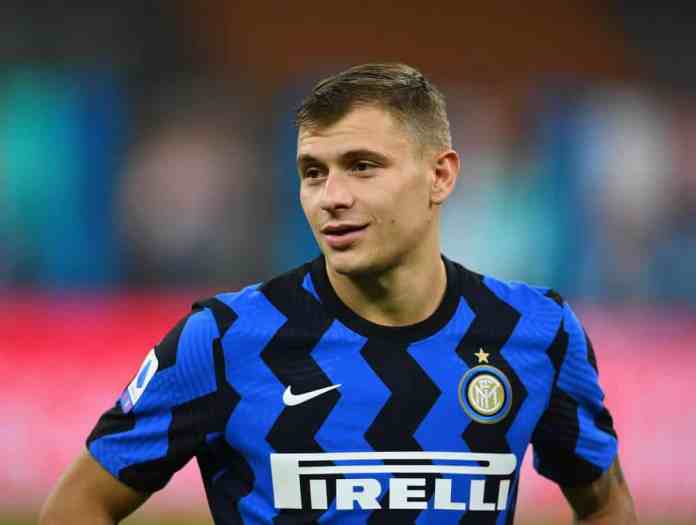 Arguably Inter’s player of the hour due to his outstanding performance in the Nerazzurri’s victory over Juventus, Nicolo Barella is attracting a lot of praise due to his assist and goal against the reigning Serie A champions as Antonio Conte’s team managed to dispatch his former playing club at the San Siro.

Barella is currently scoring and is also assisting. He is almost always playing the full 90 minutes for the club and is very important to the success of the team this season. Fans and tactically sound pundits have heralded the 23-year-old as the “perfect Conte player”.

Naturally, given the nature of modern football, it only takes a few good performances and a glimpse of potential to get big clubs interested in young talent. Hence, speaking on the issue, Fabrizio Romano and Francesco Porzio said on the Here We Go podcast on Patreon that clubs like Spurs and Bayern are interested in the player but nothing concrete has been achieved yet.

Moreover, the general feeling around the club is that he could be the future captain and is set on staying at the club, being very content with his position under the current manager.

Barella joined Inter Milan in 2019, on an initial loan deal from Cagliari and has since made the switch permanent. Inter paid €28 million for his signature as a permanent player this past summer, and he has since become one of the first names on the team sheet.

Clubs will have to pay more than double his last transfer fee, almost €80 million for him if they want to sign him, and it is practically impossible to do so in the current transfer market window.