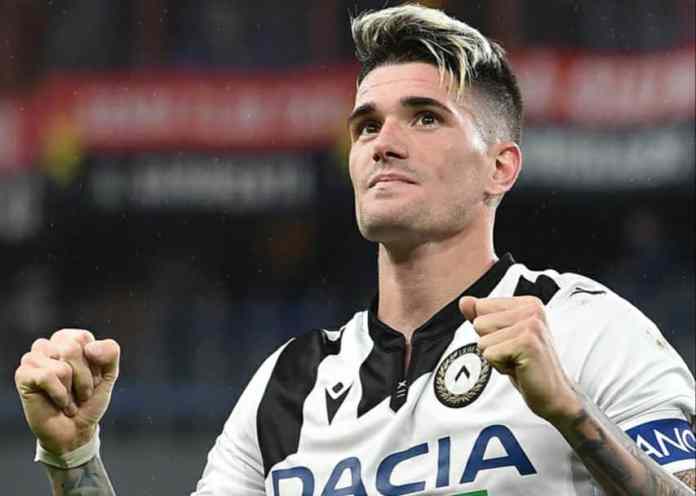 Udinese captain Rodrigo de Paul is being scouted by Liverpool, according to Fabrizio Romano and Francesco Porzio on the Here We Go podcast on Patreon. While there has been no official contact between the two clubs, this is not the first time that de Paul has been linked with a switch to the Premier League.

Newly promoted Leeds United was interested in signing de Paul this summer but failed to strike a deal with the club.

Apart from Liverpool, Inter Milan are reportedly also interested in the midfielder’s services, to hopefully add to their highly impressive squad full of talented and performing midfielders. De Paul has managed to score 4 goals and provide 2 assists from the heart of the park in 18 appearances in Serie A.

At 26, the Argentinian is on the verge of his best years as a football player and won’t come on the cheap. The first reason for it being his importance to Udinese, and secondly, the fact that he has three more years left on his current deal with the club.

Moreover, de Paul is set to join forces with super-agent Mino Raiola, and should that happen, it will become increasingly difficult for the club to keep a hold of him, given his massive talent on the pitch.