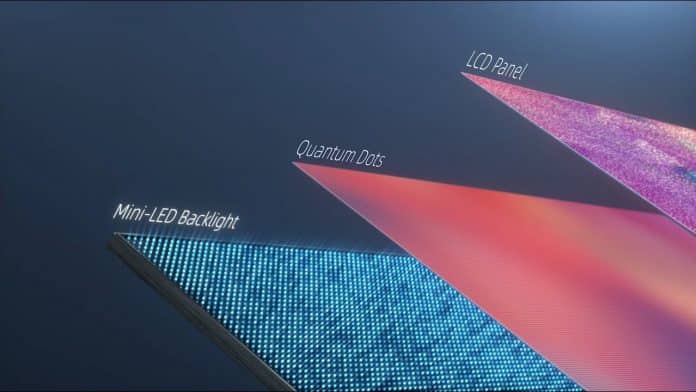 Just like the revolution happening in the smartphone industry, companies are willing to spread that innovation into the Television industry as well. MiniLED TV seems to be the future on which many companies are betting. We had already seen the world’s top three TV manufacturers revealing their MiniLED TV sets at CES 2021 to attract more customers.

Before discussing how the companies are planning to launch their products, we first have to talk that what are MiniLED TVs. MiniLED is just like other LCD TVs just that it features tiny LEDs for backlighting. The size of these LEDs is between 100 to 200 micrometers.

The conventional LEDs which are used in TVs are sized around 300 micrometers. Thus, these new LEDs are much smaller than the earlier ones. Smaller these LEDs, highly beneficial it is for the TVs. This is because it enables a better contrast ratio. It also helps in dimming deeper black on LCD panels.

In all, we can say that the revolution in the LCD domain will match the performance of OLED panels. In CES 2021, Samsung launched its Neo QLED, micro-LED, and lifestyle TV display panels, and the sales of this are expected to start from March 2021. The Neo QLED will have 4K and 8K resolutions.

With over 30,000 MiniLEDs, LG also launched its QNED TV in the last month of 2020. We can see as many as four variants in this. They can be 86 inches, 90 inches, 95 inches, and a 99 inches model. TCL was also quick to come out with its 3rd Gen MiniLED TV, the OD Zero, at CES 2021. This is expected you be available only after July of this year. Reports also show that the sales of MiniLED TVs will surpass the sales of OLED TVs as soon as 2024.

Samsung is ready to bring 90Hz OLED Laptop Display in 2021