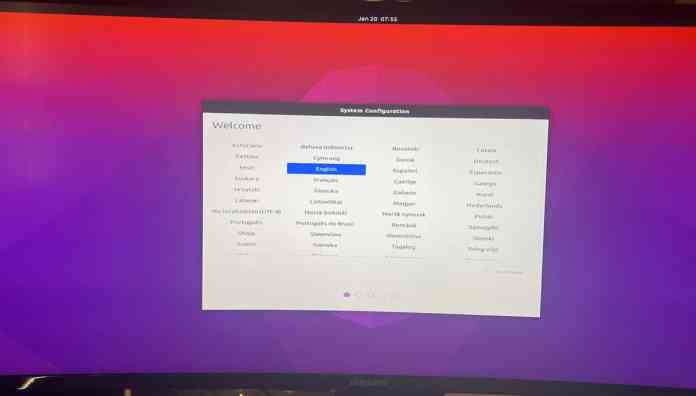 It has been a while since Apple’s new M1 Mac PC was launched. But now reports have surfaced that everyone’s favourite Ubuntu Linux is completely installable and usable on the new M1 Macs. According to sources, various developers working on the project have released a port through which you can install Linux for M1 Macs.

Corellium’s Chris Wade announced the Linux port for M1 Macs on Twitter earlier today. But since it’s just an initial port there are indeed a lot of limitations. Let not forget that the M1 Mac comes with apples new silicon and is generally new in the market.

According to sources, Corellium was able to boot Linux over USB. The USB-C dongle will cater to network functionalities, support for USB, 12C, and DART. But there is no support for GPU acceleration and all rendering needs will rely on software.

It is reported that Corellium has been working on making the port available for the M1-powered Macs since earlier this month and has made striking progress on the project.

“Linux is now completely usable on the Mac mini M1. Booting from USB a full Ubuntu desktop (RPI). The network works via a USB c dongle. The update includes support for USB, I2C, DART. We will push changes to our GitHub and a tutorial later today. Thanks to the @CorelliumHQ team.”

Apple’s M1 has been performing extremely well in the market and has been praised by many experts in the industry. Cornelius is known for its work on iOS emulation software. And as such the company and the Cupertino giant don’t go hand in hand. Since the Linux project has just taken off, we can assume to get a perfectly stable bootable Linux by the middle of 2021.