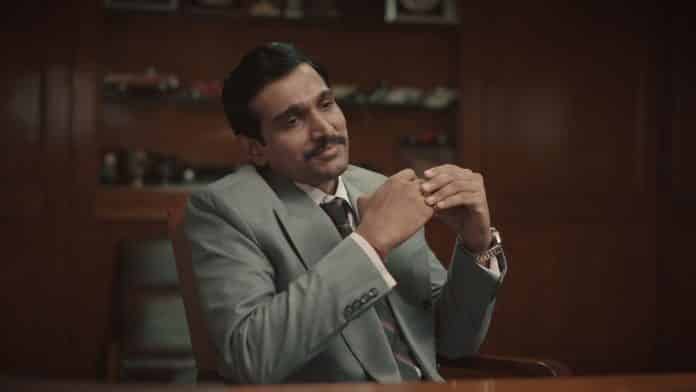 There is no doubt that the year 2020 is a terrible year for us. Every man has faced a lot of difficulties in their daily life. All the cinema halls, shopping malls were shut down for unknown times. The entertainment portion was fade away from our life.

But all problems have a solution to bring entertainment back in our life the OTT platforms give an effort through which we can safely enjoy all the latest and upcoming movies and series inside our home. Many incredible series had launched on these platforms so that people can enjoy the show at home.

Here is a list of the highest IMDb rated series of 2020:

In 2020 this web series has created a huge response in public. This series is based on the life story of a man named Harshad Mehta. This series depicts a rapid rise and the unintended fall of a most controversial stockbroker. This man became a famous face for a 1992 stock market scam worth 5000 crore rupees.

It is also an incredibly funny drama series. It tells the story of an engineering graduate named Abhishek, who doesn’t get a better job after engineering and join as a secretary in a Panchayat office in a remote village in Uttar Pradesh.

It is a fantastic action series. This series is based on terrorist attacks in which Himmat Singh of the Research and Analytics Wing of India(RAW) has successfully planned a pattern in between the attacks and know that there is a single person behind all of that. He has a task force of five agents who already have spread all over the world to find the mastermind of the attacks.

It is a beautiful romantic drama series. The story of this series is based on a couple named Radhe and Tamanna. Radhe is a singer and determined to follow the classical paths of his grandfather. Tamanna, a rising pop star is very intense to be India’s first international pop star. When Radhe falls in love with her, his life becomes upside down.

It is an incredible crime thriller action series on Amazon Prime Video. It explores breakdown, corruption, governance, and the terrible mafia-raj and also depicts the rivalry and crime that happened in the Purvanchal region of Uttar Pradesh.

6.Asur: Welcome to your Dark Side

This is also a crime thriller and a fantastic series. This series is based on a serial killer who can’t be caught easily. Nikhil Nair, a  forensic expert comes back to his roots at the Central Bureau of Investigation with Dhananjay Rajpoot finds the serial killer like a cat-and-mouse game.

It is an Indian awesome crime thriller series with good story content. This series depicts cynical police who are appointed for a high-profile case investigation. In this mission, he gets caught and also know about the darker side of the underworld.

In this series, a man named Shiv Mathur is an addict and faces difficulties to return to the mainstream of life. Doctor Roy and two junior doctors Shweta and Nakul have run the Rehab they are working on a suspicious compound.

This is an incredible crime thriller series that is influenced by true events. This movie story is based on a sharp-minded investigator Abhay Pratap Singh, who is very disciplined and dedicated to his job. A man who is ready to cross any limits to solve a case.

It is a Dutch drama series. This series is about a wife and a mother. A charge is taken of her husband’s business, just to tie the loose ends of a drug gang after his murder.