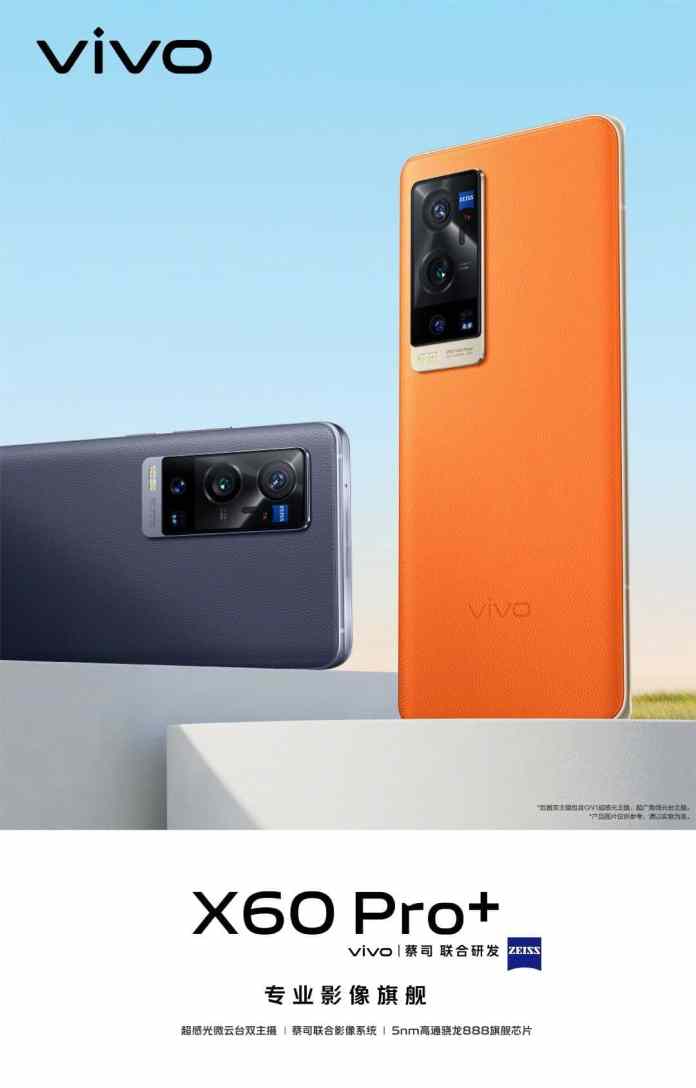 In December 2020, Vivo has launched its X60 series smartphones in China, which includes Vivo X60 and X60 Pro. Unsurprisingly, the company is going to add a new smartphone in the X60 series, Vivo X60 Pro+ on Thursday. The company has also released the promo poster of this upcoming event, which gives us some specifications of the top model of the Vivo X60 series.

According to the Digital Chat Station, the top model of the Vivo X60 series is expected to have a 6.56-inches AMOLED display that offers a 120Hz refresh rate. Looking at the expected display features of the Vivo X60 Pro+ it can assume that this upcoming phone will feature as same as the display with X60 and X60 Pro smartphones.

We also have got the expected camera specifications of this upcoming smartphone through the Digital Chat Station, which reveals that the Vivo X60 Pro+ will have a quad rear camera setup, including Samsung GN1 50 MP primary sensor with an f/1.5 lens, along with a 48MP ultra-wide sensor with second-generation micro-gimbal stabilization. Apart from these main lenses, the Vivo X60 Pro+ will also have a 5x periscope telephoto lens and a portrait sensor.

According to the promo poster, it is cleared that this phone comes in two colour- Classic Orange and Dark Blue and it can be available in two storage configurations:- 8GB+128GB and 12GB+256GB. According to the rumor, this Vivo X60 Pro+ will have 55W fast charging support, but we haven’t got any other information regarding the battery.

Apart from the above specification, the Vivo X60 Pro+ comes with a punch-hole display, but we haven’t got any information regarding the front camera lens, the phone will also feature an under-display fingerprint sensor. The willing buyers can pre-book this flagship model by spending 50 Yuan (Roughly $ 7.7).