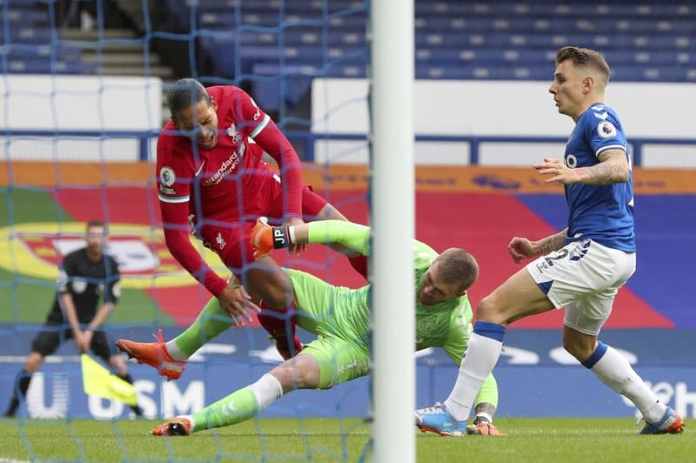 Replacing a world-class defender is always a difficult task, but replacing the best defender in the world with players who aren’t used to holding up the backline is an even bigger ask. Virgil Van Dijk was potentially written off for the rest of the season after the Dutchman injured his ACL against Everton.

Since then, Liverpool have had injury after injury which plagued the squad, and first-team centre-back Joe Gomez has also been sidelined for what seems to be the remainder of the ongoing campaign with an injury that he sustained during international duty.

Liverpool are not only missing Van Dijk’s quality at the back but are also having to do without his leadership. The player usually took on the armband in the absence of club captain Jordan Henderson and is very vocal from the backline.

Moreover, his ability to stop counter attacks almost single handedly makes it possible for the full-backs, Trent Alexander-Arnold and Andy Robertson to play their natural game of advancing high up the pitch to help out the attackers by creating chances with diagonal balls.

While Fabinho and Henderson have done a remarkable job of filling in for the club’s injured centre-backs, the natural instincts of Gomez and Van Dijk would no doubt come in handy given the current situation.

Liverpool have dropped points on many occasions to teams in the bottom half such as Brighton, Newcastle, Fulham and lost games to the likes of Southampton as well. Van Dijk’s presence in the team could easily help the team with consistency and the ability to prevent much of a challenge from other teams to their title defence.

Share
Facebook
Twitter
Pinterest
WhatsApp
Linkedin
Previous articleTop 10 Budget 4K TVs to get under Rs.30,000 during Amazon Great Republic Day sale
Next articleCarl Pei to reveal his new Brand next week and will also give away 10 MacBook Air computers!