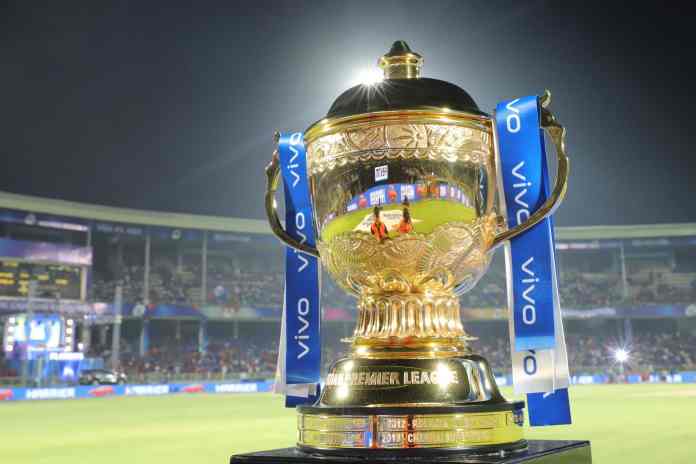 2020 has definitely been a year with ebbs and flows with all sporting events coming to a halt but, as soon as the sporting events resumed with first the German soccer league, Bundesliga, then La Liga, and then English Premier League followed by the UEFA Champions League.

In India, the sporting events resumed with the Indian Premier League but unfortunately, the conditions were not suitable in India, it was shifted to Dubai and concluded with another successful edition, followed by the domestic cricket and India Tour of Australia, other sporting events like football also resumed. The Indian Super League and I-league also started and most importantly, all these sporting events are organized with proper COVID measures and safety of the teams.

But, amidst all these, last year has seen the rise of many new and young talents and who has a promising future. In India, the Indian Premier League along with domestic cricket has provided a perfect stage for many young and new talents to show their brilliance and to be the future of the Indian Cricket Team.

Let’s have a look at those shinning stars:

The star player, who was the vice-captain of the India U-19 and won the Under-19 World Cup in 2018, where he played a key role in winning the matches as an opener. He was picked up by the Kolkata Giants, KKR, and then there was no turning back. Shubman has been consistent with his performance since 2018 and has only got better playing a key role for KKR now.

He was selected for the Test squad in the India Tour of Australia when given a chance after the two Tests. He proved that he is the best suite for that position with his impressive performance, playing brilliant shots in a very calm way and on the final day of the decisive match against India. His 91 runs helped India to a great extent finally winning the, though he, unfortunately, missed his deserving ton. But he definitely has a very promising future ensuring the future of Indian Cricket.

T. Natarajan has been one of the biggest discovery of this IPL with one of the highest wicket talking points after bagging 16 wickets for Sunrisers Hyderabad in the IPL 2020. The Tamil Nadu pacer was picked up for the India tour of Australia. Due to Navdeep Saini’s injury, he made a debut in the One-Day International and went on to play the third ODI with an impressive performance by dismissing Marnus Labuschagne and Ashton Agar. Natarajan also made his debut in the T20 International series against Australia where he has 6 wickets to his name. He also made his debut in the Test series against Australia as the replacement of Umesh Yadav and displayed a magnificent performance.

Shardul Thakur who is associated with the three-times IPL winners Chennai Super Kings for the past few years has been showing consistent impressive performance. In domestic cricket plays for Mumbai Cricket Team. He made his India debut in a One-Day International Match against Sri-lanka in 2017. He made his T20 International debut against South Africa in 2018.

In 2018, he was selected to play the Nidhas Trophy, where he brought back the match in India’s favour with 6 wickets from 5 matches with an average of 29.33 and ended up winning the Man of the Match award. He made his Test debut against West Indies in 2018 but unfortunately after he delivering only 10 balls he got injured. In January 2021 during the India Tour of Australia, he scored his maiden test fifty, a crucial one, in the first innings of the fourth test match at Brisbane against Australia and also played a key role as a bowler.

Mohammed Siraj, who plays for the Hyderabad Cricket Team in domestic and Royal Challengers Bangalore in IPL has been shinning bright with his performance with RCB and The Indian Cricket Team. Siraj was first bought by Sunrisers Hyderabad in 2017 and 2018, he was bought by Royal Challengers where he has been showing up some brilliant performances. Also, In 2020, he became the first bowler in the history of the IPL to bowl two maiden overs in a single match.

He made his T20 International debut against New Zealand in 2017, finishing with figures of 1 wicket for 53 runs from four overs. In 2019, he made his One-Day Internationals against Australia at The Adelaide. In 2020, Siraj was named in the squad for the India tour of Australia, where he was picked up for the Test after Mohd. Shami’s injury, where he opened up his list with the wicket of Marnus Labuschagne. During the fourth Test against Australia, he took his first five-wicket haul in the Test cricket.

The prodigious right arm fast from Uttar Pradesh’s Hapur was a part of the India U19 squad of 2020 which team India lost against Bangladesh in the finals. Kartik was later on picked by the inaugural IPL winners, Rajasthan Royals for a whopping sum of Rs 1.3 crores, where he showed an extremely impressive performance with a wicket on his debut and bagging 9 wickets in 10 matches including the important wickets of Watson, Quiton de Cock and Steve Smith.

The talented right arm-fast was first seen by Suresh Raina in the nets for the domestic cricket in the junior level, who later on calls him for the Uttar Pradesh senior team after seeing his impressive bowling. Tyagi was called up as an additional bowler for the India Tour of Australia in 2021.

Devdutt Padikkal, who plays for Karnataka and was picked by Royal Challengers Bangalore in 2018. He was also a part of the India U-19 Team. He represented Karnataka in the under-16 and under-19 age categories. He was selected by Bellary Tuskers in the Karnataka Premier League in 2017.

Padikkal became the first player in IPL history to score three fifties in his first four matches. He scored 473 runs in 15 matches for Royal Challengers Bangalore in his debut IPL season in 2020 and also won the emerging player of the tournament. In 2019, he was also called up for the India-A squad for the 2019-2020 Deodhar Trophy. He is also called up for the Syed Mushtaq Ali Trophy 2021 and has shown an impressive performance in it.

The Sunrisers Hyderabad all-rounder, from being just another rookie youngster from Jammu and Kashmir to becoming one of the most talked-about cricketers in the IPL 2020 has proved to be an amazing year for him. Samad entered IPL after emerging as the top-scorer for Jammu and Kashmir in the Ranji Trophy with 592 runs and Sunrisers signed him for 20 lakh, being the fourth cricketer from Jammu and Kashmir to earn an IPL contract. He is a potential game-changer and has the makings of a genuine all-rounder. He scored 111 runs and bagged a wicket in the IPL 2020.