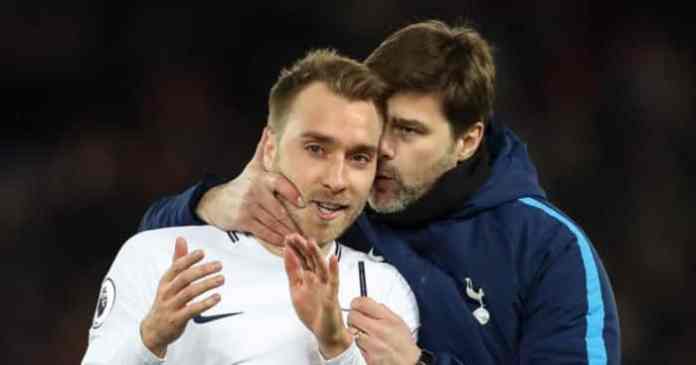 Christian Eriksen has been publicly transfer listed for a while now, with Inter CEO Guiseppe Marotta acknowledging that the Dane was up on the transfer list. So far, the Serie A club have not received any bids for the player, from anywhere.

Fabrizio Romano provided an update on the situation on his Twitter account, saying that Tottenham Hotspur were interested in bringing the playmaker back after letting him go last January for a cut-price deal which saw him move to Italy.

Jose Mourinho is now looking to possibly bring the player back to London, with the transfer insider linking Eriksen with a return to England. Inter have asked Spurs to pay a loan fee for the player, as well as pay his salaries till the end of the season should they want to sign him on a short-term deal.

Eriksen wants to return to the Premier League, and according to Fabrizio Romano, Spurs aren’t the only club interested in his services. The player’s agent is looking to find a solution to the problem right now.

Elsewhere, Dele Alli is still looking to leave Tottenham Hotspur in an attempt to secure minutes on the pitch. So far, nothing concrete has been achieved between rumoured suitors Paris Saint-Germain and Spurs, but it is certain that the deal will be a loan deal. The reason behind it being Spurs Chairman Daniel Levy’s favouritism towards Alli, as well as the player’s love for the club.

Speaking on a potential transfer to the French capital, Romano mentioned on the Here We Go podcast that the deal could take place at the end of the current transfer window.