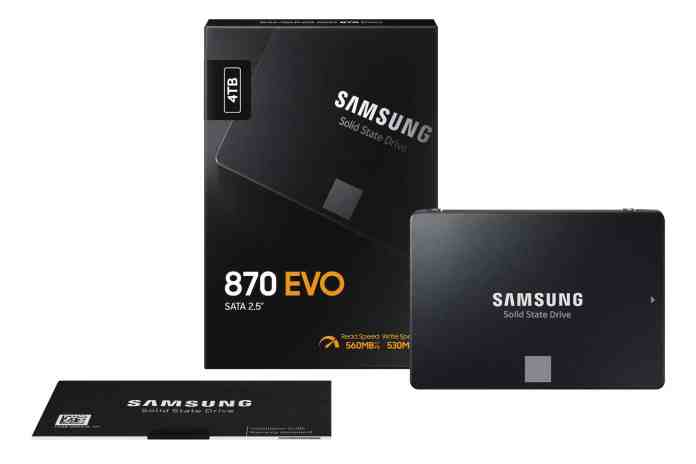 Samsung’s SSDs are widely preferred worldwide, and this year, the South Korean giant has announced the release of 870 EVO SSD. The new drive from Samsung combines best-in-class performance and reliability, making it an all-around storage solution for a wide range of consumers, from general PC users to IT professionals.

The new Samsung 870 EVO also delivers nearly 38% improvement in random read speed over the previous 860 models. It even offers terabytes written (TBW) rating of 2,400TB, or a 5-year limited warranty, for its 4TB model. Samsung has kept the new 870 EVO SATA SSD starts at $49.99 for the 250GB model.