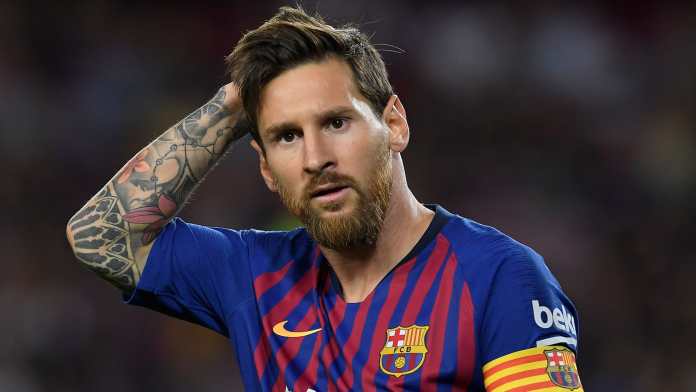 Paris Saint-Germain, the Ligue 1 giants, have admitted their interest in signing Messi as the Barcelona captain enters the final 6 months of his current contract with FC Barcelona, confirmed PSG’s sporting director Leonardo.

FC Barcelona has lost their first final of the 2020-21 Supercopa against Atheltic Bilbao under the coaching of the new manager, Ronald Koeman, after throwing away their lead twice in a five-goal thriller against Athletico Bilbao.

This loss against the Bilbao has increased the speculations of Leo Messi’s transfer to another team as he is closer to the end of his contract with FC Barcelona and at this moment, PSG’s sporting director has confirmed their interest in signing him ahead of this summer.

PSG’s sporting director Leonardo stated that “Great players like Messi will always be on PSG’s list. But this is of course not the time to talk about it or to dream about it,” he said in a conversation with France Football.

He also added, “But we are seated at the large table of those clubs who are following the matter closely. In fact, no, we are not yet seated, but our chair is reserved just in case. Four months in football is an eternity, especially in this period.”

PSG also has serious issues regarding the contracts of Kylian Mbappe and Neymar, with their respective contracts which are about to end in 2022. PSG, who has appointed former Spurs boss Mauricio Pochettino, is confident of not just Mbappe and Neymar to agree to new deals but also get some more brilliant players to sign for them.

“I hope they are convinced that PSG is a good place at the moment for a very high level and ambitious footballer,” added Leonardo.

“We just have to find an agreement between their desires, their requirements, our expectations, and our means. We don’t have to beg them: ‘Please stay’. It’s discussed more than that. Those who really want to stay will stay. We talk regularly and I have good feelings on these two issues.”

Also, Europe’s leading sides including Manchester City have been identified as favourites to potentially secure him at their respective clubs. Although there has been no official statement from Man City authority regarding their interest in signing of Messi, the Barca captain, who is known to be in talks with the Man City boss Pep Guardiola.

Although there has been no official word from Leo Messi regarding his transfer to another club or his continuation at Barca as he is yet to take any concrete steps towards a transfer. As far as his chances of staying at the club are concerned, they remain fairly low.