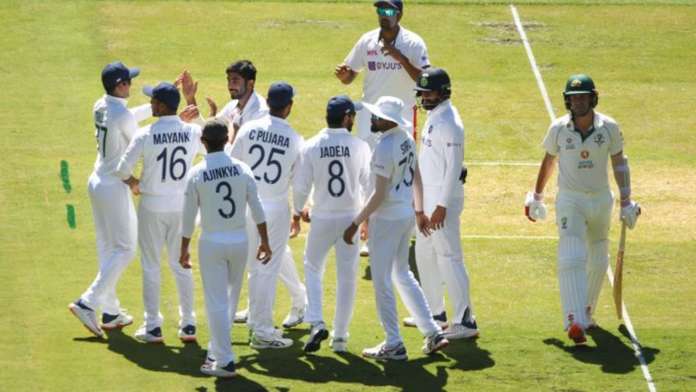 It all comes down to the final day of the 4th and the last Test of the Border-Gavaskar trophy. The series is now tied at 1-1.

In the final day, India needs 324 runs from 98.1 overs. Whereas, Australia needs all 10 wickets to wrap up the series.

Australia’s second innings ended on 294 runs today. Indian bowlers were excellent on the 4th day of the Test. Siraj took 5 wickets today as India restricted the Aussies to 294. Australia set a target of 328 for India in the 4th innings. India were 4/0 at the stumps of day 4.

The day was meant for Md. Siraj today. He single-handedly kept the hope of winning the series after an excellent display on the 4th day. The Indian team has faced multiple injury problems in this series. Jasprit Bumrah, Md. Shami, Ravindra Jadeja, R. Ashwin, and many more are out because of injury. India was forced to play with an inexperienced squad in this Test. But they’ve overcome all the odds and are now looking to win the last Test on the final day.

Though the weather condition of Brisbane is not in favour of both teams. There is a chance of raining on the final day. If it happens then it can end up in a draw and it will be a tie in the Border-Gavaskar trophy.