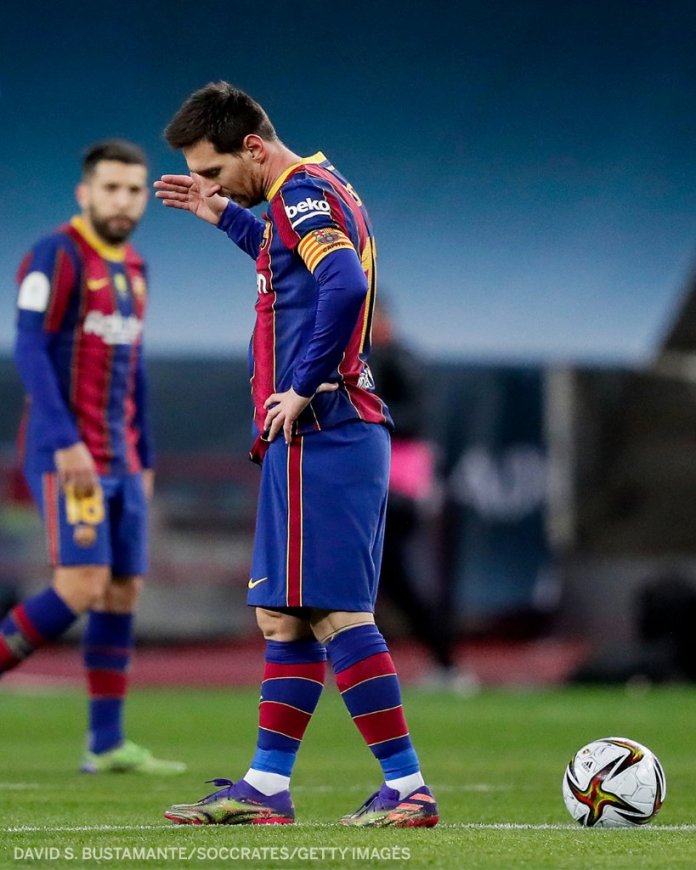 Lionel Messi made history by being sent off for the first time in his career with Barcelona in the Blaugrana’s match against Athletic Bilbao in the final of the Supercopa de España for an altercation with Asier Villalibre.

The Argentinian rashly ran into Villalibre after being dispossessed late into extra-time and was subsequently sent off by the referee after VAR intervened to make sure it was the correct call.

The description of the incident in referee Gil Manzano’s report afterwards is believed to be the reason he was banned for two games and not four.

“He was sent off for the following reason: hitting an opponent with his arm using excessive force when the ball was in play but not at a distance where it was playable,” read his report.

Barcelona have now announced that they will be appealing the two-match ban that has been placed on the club captain. Messi is set to sit out Barcelona’s Copa Del Rey match against Cornella in the Round of 16, and against Elche in La Liga.

The club are still trying to lift the ban placed on the star player in an attempt to have him in the squad for the next two games.